On Saturday, April 25, 2009, APU Vice President KORENAGA delivered a lecture at the Annual Awards Ceremony commemorating the 25th anniversary of the hand-drawn postcard section in the Oita edition of the Mainichi Newspaper. 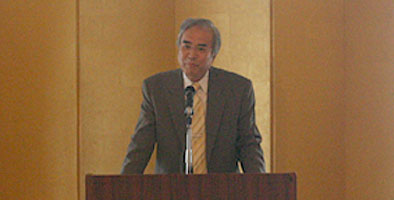 Vice President KORENAGA came to APU in April 2008, and after serving as the Director of the Confucius Institute, he was appointed as Vice President in April 2009. His area of expertise is Chinese language and literature. A leading authority on Chinese poetry, he has published many translations.

The theme of Vice President KORENAGA's April 25th lecture was "Satire and Humor". Touching on contemporary Japanese social issues and citing anecdotes from the prolific early 20th century Chinese writer Lu Xun, he said, "We all need the strength of spirit and the composure and determination to rebound from the stress and setbacks of daily life." He added, "Anyone can sink into the depths of despair, but there is energy in laughter, and humor is essential for getting through the rough patches in life."

The venue was packed, and the participants listened to the lecture intently. After Vice President KORENAGA's commemorative lecture, the annual Hand-Drawn Postcard Award was presented, and participants continued their discussions at the reception that followed. 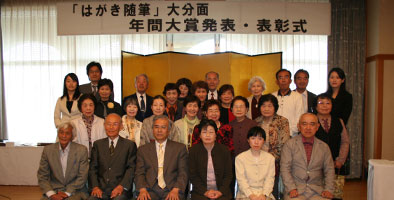