From Saturday, June 27th, the "Multicultural Camp 2009" was held for two days at "OJIKA", the Beppu City Nature House for Young People. 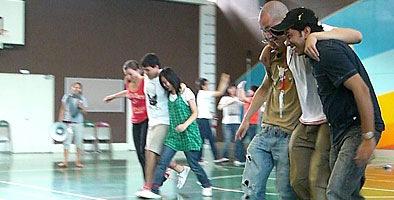 The Multicultural Camp is an annual event held by APU, an international university where students from 87 countries and regions gather. The two day camp aims to nurture intercultural exchange between APU students each with their own different cultural and linguistic background.

Approximately 94 students participated in this year's camp, including 52 international students from 17 countries and regions such as the India, Germany, and Honduras, and 42 domestic students. With "united in difference" as the theme, various outdoor activities such as ice breaking games, cooking curry and hiking were planned to provide the participants with the opportunity to interact with each other. 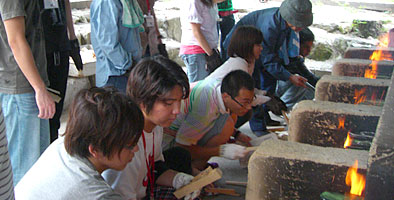 During the camp, participants were divided into small groups of ten people of different nationalities which further enhanced the flow of intercultural exchange between groups. The camp was successfully conducted and brought to an end with a closing ceremony at APU in which every participant received a certificate of participation. Through the Multicultural camp, new friendships have flourished between participants and enhanced the mutual understanding among the students.

Nagel Claudia Andrea (Germany, Exchange student), one of the participants spoke of her impressions "We had a great time during the camp. One of the most memorable moments for me was when we cooked the curry together and I tried new things such as cooking rice over an open fire –which I had never done before". 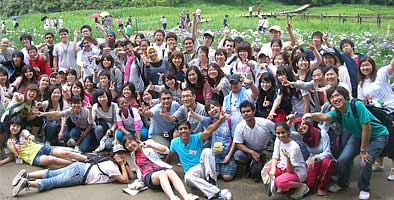