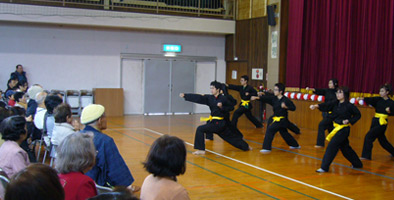 During the performance, Wadaiko "Raku" gave a stirring performance and the drum beat resonated throughout the venue followed by the cheerleading groups "lilies" who delivered a glamorous and rhythmical performance. The Wind Orchestra produced some beautiful tones and the Vietnamese self-defense circle "Vovina" gave an impressive and powerful performance. The four groups each had the crowd spellbound with their elaborate performances.

KUSUNOKI Kenji (APM4, Japan) of Wadaiko "Raku" spoke of his impressions, "The warm reception we received for our energetic drum display allowed us to really have fun in our performance. If given the opportunity, I hope to take part in future such events."

APU considers the contribution we make to the internationalisation of the region to be one of our central duties and we actively support interaction between our students and the local community. To date a range of student organisations have taken an active role in a range of events both on and off campus and are boosting community interaction. 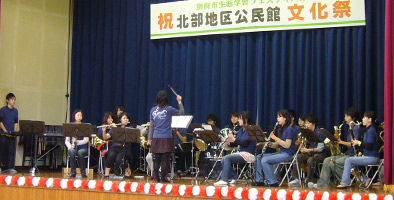