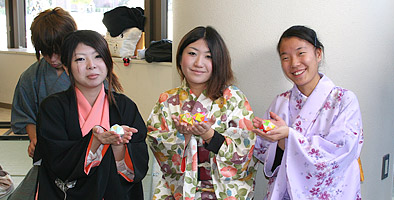 A number of events have been prepared for the crowd to get involved in such as Japanese calligraphy, a tea ceremony, dressing up in Kimonos, rice cake making, and more. Furthermore, a "kotatsu" table – a Japanese favorite during winter – and a hand and foot onsen representing world renowned hot springs of Beppu, will be set up in the Cafeteria. The Grand Performance – held on the last day and the feature of Japanese week –will treat us to an introduction of the traditional and modern culture of Japan through Japanese dances and a new-style comedy troupe featuring "Otaku" pop-culture – a contemporary addition to Japanese culture. Please come along and experience Japanese culture at APU – which boasts the highest population of undergraduate international students in Japan. 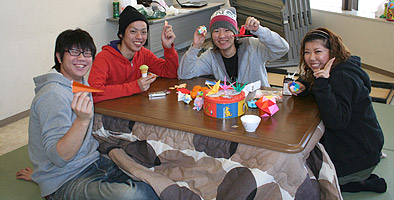