In December 2010 and January 2011, two training sessions were held at APU. In December a workshop was held for Guatemalan trainees focusing on local and national industrial development. The following January saw Colombian trainees take part in a workshop about the One Village, One Product movement. These were the first such workshops held at APU for both participating countries and were commissioned by the Japan International Cooperation Agency (JICA). 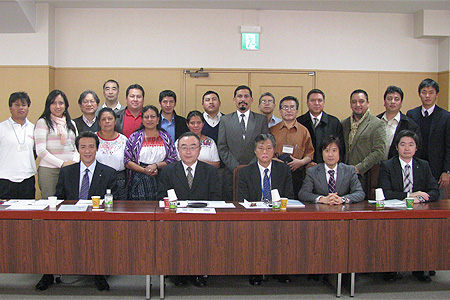 Fourteen Guatemalan local government officials from the municipal, provincial, and national levels took part in the workshop. Fifteen representatives of twelve initiatives selected for the One Village, One Product took part in the Colombian workshop.

At both the Guatemalan and Colombian training sessions, the participants discussed and studied community capacity development, planning and assessment, the Oita Prefecture-based One Village One Product movement and the "Onpaku Approach". The group also enjoyed lectures at the Japan Agricultural Cooperative (JA) and a local homestay. Furthermore, the Guatemalan group took part in a field study in Miyakonojo City, Miyazaki, to learn about the development of the "Onpaku Approach".

At the end of the training sessions, each participant put together an action plan outlining how they would apply the theory and knowledge they gained through this workshop to the local projects and issues in their home countries.

A number of participants commented on their experience, "Our study was greatly improved by participating alongside people from the policy planning and workplace level" and "we have hot springs, just like Japan, and I was surprised to see how Japan makes use of theirs".

In light of the current situation in Guatemala where 85% of the working population is engaged in small-mid sized businesses, the government is focusing on developing policies to promote local industrial development through assistance to small-mid sized companies. In this way, the government aims to reduce poverty and create more employment opportunities. Colombia, meanwhile, is faced with complex domestic problems. The government there is trying to create income and improve the living standards of domestic displaced persons, people living in poverty, and vulnerable members of society by promoting development through the One Village, One Product movement.

Since being commissioned by JICA in 2006, APU has received JICA trainees from many countries around the world. Another training program is scheduled for this April welcoming trainees from around Africa. 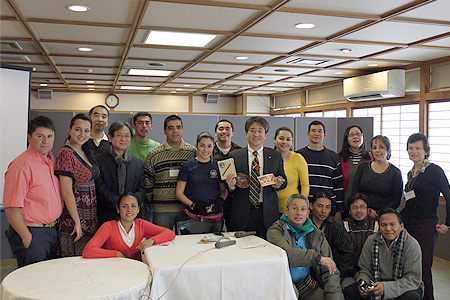