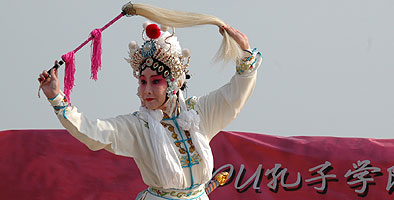 The Chinese Culture Festival 2008, which was held for the first time this year, was held to increase people's knowledge of Chinese/Taiwanese culture and to promote connections and exchanges between people. Students took a leading role in the planning and carrying out of the festival.

Under the theme of "the still unknown aspects of China", there was traditional culture musical displays with Chinese traditional dances and folk instruments, and food stands with Chinese goods and Taiwanese/Chinese materials. At the cultural experience corner, people were able to have a go at Chinese traditional instruments, have their photo taken wearing Chinese folk costumes and experience Chinese culture. The campus took on a Chinese/Taiwanese atmosphere and was fabulously decorated with red and gold colored ornaments. It proved to be a great chance to deepen an understanding of Chinese/Taiwanese culture. 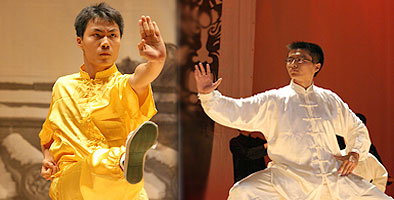 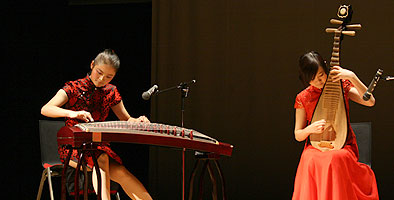