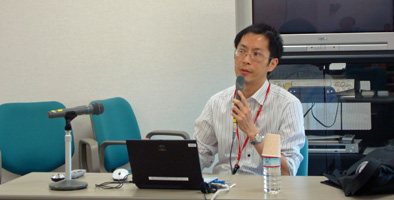 On Wednesday June 16, a RCAPS sponsored seminar was held at APU.


The seminar was based on Professor Chen's article "When is China's Military Modernization Dangerous? Constructing the Cross-Strait Offense-Defense Balance ad U.S. Arms Sales to Taiwan". In his seminar Professor Chen discussed his research in U.S. arms sales to Taiwan, which evolves around his research question, "Why was Taipei's balancing act not as strong as one might expect (anomaly to neo-realism)?" Professor Chen's interest in researching U.S. arms sales to Taiwan and China's military modernization arose while serving in the Army of the Republic of China (Taiwan) as a Second Lieutenant in Taiwan's offshore islands. Today his research fields include International Relations Theory, Security Studies, Comparative Foreign Policy and Politics. The seminar covered the significance of U.S. arm sales to Taiwan and the mainstream accounts of "Taiwan's underactive response to China's military power". Professor Chen also discussed his case study: "Taiwan's 'Three Major Military Procurement Projects' 2004" and his alternative account to explaining Taiwan's response to China's military power. Prof. Chen argued that: "Taiwanese perception of PRC's [People's Republic of China] military threat has fulfilled certain neglected functions that may be more significant than addressing the 'China threat' itself" and he explained how an "antagonistic" China is necessary for Taiwan to construct and strengthen its identity. The seminar was followed by a lively discussion in which APU students and professors who attended the seminar asked Professor Chen questions about the current situation in Taiwan and his research. 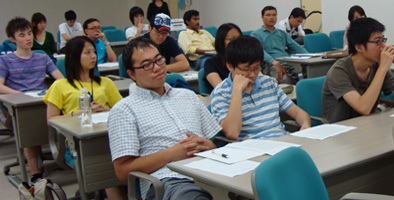