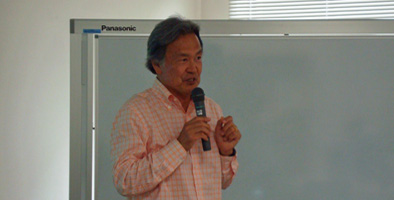 On Wednesday June 23, a RCAPS sponsored seminar was held at APU.


On June 23 RCAPS welcomed Mr. Masa Ishii, managing director of Azca, Inc. and Noventi to give a seminar entitled "Perspectives on Silicon Valley, How its high-tech ecosystem has evolved and where it's going". In his seminar, Mr. Ishii discussed how Silicon Valley evolved as a center of innovation and why it happened. He described Silicon Valley today, where close to 40% of the people living there are from outside the U.S. and half to the people there speak another language other than English at their homes. He described the high level education, pointing out that in Graduate School Rankings, of the top schools, eight are located in California. Mr. Ishii described Silicon Valley as "the Mecca of high-tech innovation", where there are more than 15,000 high-tech companies (2007) and there is an abundant financial source to back venture activity. He also described the "strong informal network" that exists in Silicon Valley, where people are highly mobile, moving among companies, and seminars and conferences are always being held at universities and research institutions, and grassroots networking events are also held. In his seminar, Mr. Ishii showed what he called the "Network of Innovation" which provides an upward spiral for innovation in Silicon Valley, which is another reason for Silicon Valley's success. Although the seminar was very exhaustive and many attributes and aspects of Silicon Valley were given, Mr. Ishii concluded Silicon Valley's characteristics in two simple keywords, "Openness" and "Tolerance for Failure". He concluded that Silicon Valley has succeeded due to its culture of "Openness to people with different backgrounds and openness to new ideas", and that the concept of "Low risk and high return" and "Many attempts, many failures, lead to some success" is what has helped build Silicon Valley. The seminar was followed by discussion in which students raised questions they had about Silicon Valley's present situation and its relation to the rest of the world. 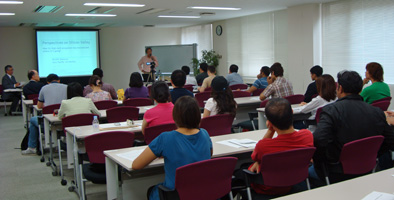