On Friday, July 13th 2012, the Seminar of Indonesia, a jointly organized by the Ritsumeikan APU Indonesia Society (APUIna) and RCAPS, was held for the third time. This seminar is entitled "Indonesia's Economic Development and Its Potential: Comparison with China and India", aiming to discuss the potential of Indonesian economy in upcoming years as well as the major challenge and related issues. 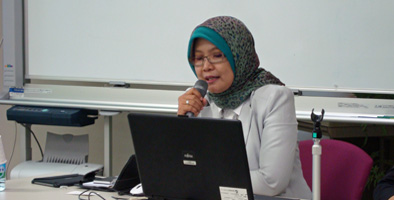 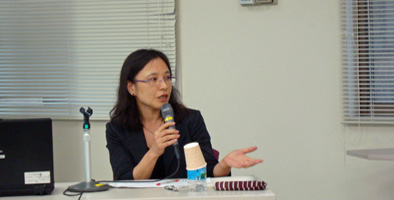 For some reason this 3rd Seminar of Indonesia is quite exceptional from what have ever been held previously. This is the first time for the Seminar of Indonesia to invite an expert directly from Indonesia, Dr. Hendri Saparini, as a keynote speaker in this event. Dr. Saparini is a current notable economist in Indonesia, beside of being an active contributor to mass media, she is also currently an advisor for the Indonesian House of Representatives. Another keynote speaker is Mrs. Miki Hamada, the senior researcher for Institute of Developing Economies (IDE-JETRO) in Tokyo, who is specializing in Indonesian finance and has released many articles on this subject. It is also the first time that the seminar has featured a Panel Discussion session. The presentations from the keynote speakers in the first session were followed with a Panel Discussion where keynote speakers and seminar attendants could participate in the discussion. The moderator at this Panel Discussion section was Prof. Tsukada Shunso, Associate Dean for College of Asia Pacific Studies, who helped to make an interactive discussion by picking some guiding questions related to topic of this seminar. 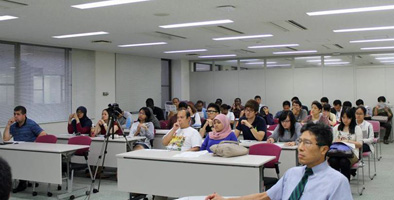 The first part of the seminar was allocated for presentation sessions from the keynote speakers. For an approximately 30 minutes, Dr. Hendri Saparini delivered a presentation on the current Indonesian economy and comparisons with the Chinese and Indian economies. She pointed out that the current Indonesian economy is likely to maintain stable growth. However, Indonesia needs better policy choices for inclusive growth. Although the Indonesian economy continues to grow during global economic downturn, it actually experienced a relatively long time lag before the negative impact set in. Consequently, it did not lead to improvements in competitiveness or the people’s quality of life. Meanwhile, the Indonesian economic relationship with China and India became stronger both in investment and international trade. These three Asian giants have similarities in economic structure but the different policies and strategies in each country have resulted in different economic competitiveness both in international trade as well as in catching up global investment. Afterwards, Mrs. Miki Hamada presented about development of the financial sector in Indonesia. In general, it can be concluded that Indonesia has a strong economic growth, but has a gradual growth in its Financial Sector. Some remaining issues of the Indonesian financial sector are less financial intermediation function and small financial sector relative to the real economy. In addition, she underlined the question of whether liberalization in the financial sector increases competition in Indonesia. Thus, improving the financial sector becomes crucial for Indonesia in order to support its economic growth in the future. 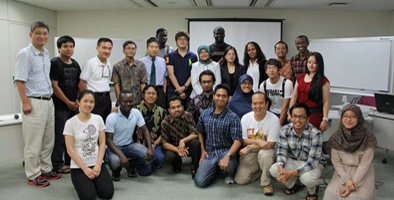 Last session of this seminar was the panel discussion, facilitated by Prof. Tsukada Shunso. This panel discussion turned out to be a lively discussion where many seminar participants addressed questions to the keynote speakers, who also shared their opinions relating to the guiding topics of this panel discussion. One of the highlights from the discussion was how far Indonesia would grow as an economic giant in the next 10 years given with challenges in socio-politic aspects, especially issues of government/state control. Dr. Hendri Saparini underlined that every country needs not only strong, but also effective government to ensure improvement of the economy. Looking at the availability of natural resources and capital and labor factors, Indonesia should be able to make a better economic achievement from what they already have now. If the government function is run effectively and the right policy is chosen in allocating those factors, there is no doubt that Indonesia would generate even higher economic growth and more promising future as an economic giant.