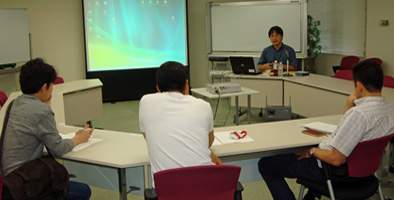 Associate Professor Sasagawa began his presenation by noting that most Cambodian constitutions have prescribed Khmer, as the official language as Khmer speakers make up about 90% of the total population. The research presented by Professor Sasagawa explains deeply on the issues of establishment of orthography and the coinage of words in the modern vocabulary.

Orthography can select etymological and phonemic style. A Khmer dictionary published in 1938 chose an etymological style, but there has been a serious dispute over this issue since the beginning of 20th century. Buddhist monks were proficient in Sanskrit, Pali, Old Khmer, Thai and French. THe ex-monk ans scholar Nhok Thaem had attainment of Pali and Thai. Their language ability contributed to differentiating Khmer modern vocabulary from Thai because the word lists in the early issues of the publication "Kampuchea Sauriya" show that much Thai-made modern jargon was used in the fields of law and administration.

Professor Sasagawa concluded by noting that from the early 20th century, Buddhist monks and ex-monks proficient in the Indian classical language, French and Thai played a vital role in language policies and succeeded in establishing etymological style of Orthography and coining Pali-originated modern vocabulary. Also Cambodian national language returned to the achievements of Chuon Nat, who inter alia is credited for constructing Cambodian national culture. 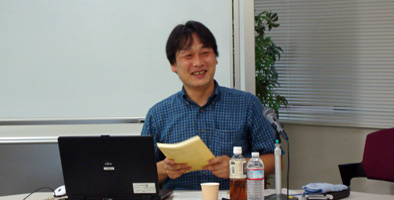