On Monday, 10th December 2012, RCAPS was conducting a seminar with the title "WHO's Role in Public Health: Tobacco Control as an Example". The guest speaker was Mr. Loic Garçon, the Technical Officer, Kobe Center, World Health Organisation (WHO). 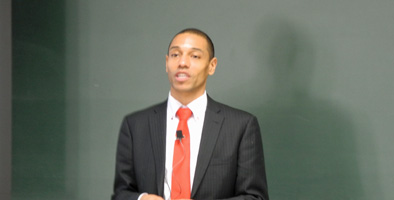 The moderator and initiator of this seminar was Meirmanov Serik, Associate Professor, Public Health Management, APS.

During the seminar, the speaker gave a thorough overview of United Nation (UN) with different functional bodies, including WHO. He continued to explain more deeply about WHO work and its role in public health. Some key milestones and challenges in 21st century were discussed, such as Alma Ata Declaration, chicken pox and polio eradication, and currently framework convention for tobacco control which was launched in 2004. One interesting fact the speaker mentioned during the seminar was 8 millions people will be killed each year by 2030 if no action taken in tobacco control. This is approximately the size of Tokyo. Several programme such as World No Tobacco Day and Smoke-free cities, also applicable model ordinance for tobacco control for countries shows WHO's commitment to reduce the tobacco related diseases. Kobe is one of the examples of smoke-free cities which can be found in Japan.

Other interesting public health related issues discussed during the seminar was the health burden difference between under-developed/developing countries and developed countries. In under-developed/developing countries, communicable diseases still become major issues even though it is now closely followed by emerging non-communicable diseases such as heart disease, cancer and diabetes. In developed countries apart from non-communicable diseases, the increase of life expectancies and urbanization create a new public health related issues. To support its work, WHO Kobe Centre conducted researches which focus on urban setting and aging.

In summary, the seminar was well defined, comprehensive and up to date with sharing the latest information in public health related issues. 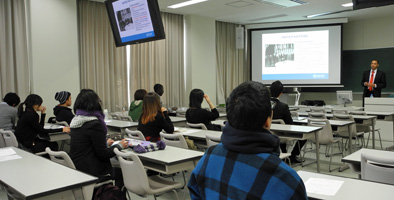