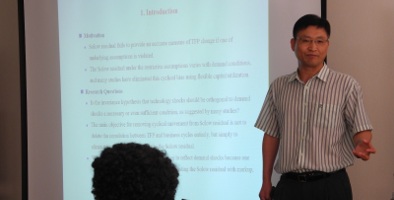 Prof. Kim explained that the Solow residual, estimated under the restrictive assumptions of constant returns to scale, perfect competition and the full employment of factor inputs, fails to provide an accurate measure of total factor productivity change if one of these assumptions is violated. He suggested that bias resulting from the restrictive assumptions could be big for a small open economy. He stated that his study aims to eliminate the effects of markup, returns to scale, and capital utilization from the Solow residual for Korea to derive an alternative measure for productivity. His empirical results show that markup generates significant bias in the Solow residual, and that the alternative productivity measure is greater than the residual. Furthermore, he argued that the results contradict the presumption that the Solow residual with variable capital utilization represents true technology shocks because it is orthogonal to demand shocks. 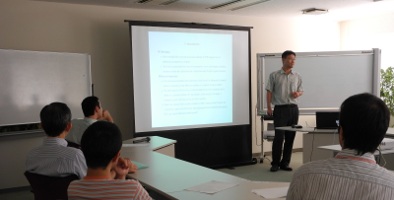