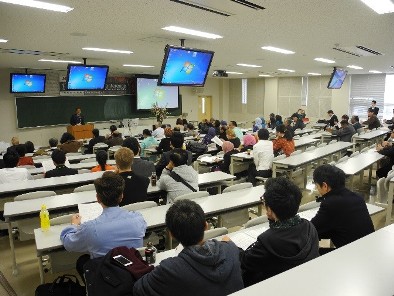 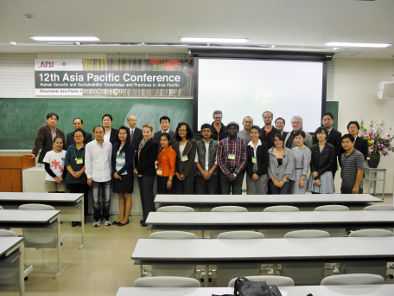 The conference featured a keynote speech, “On Institutional Luck Egalitarianism,” by Associate Professor Akira Inoue (Graduate School of Core Ethics and Frontier Sciences, Ritsumeikan University). Touching on examples from the Asian Pacific region Professor Inoue talked about the latest debates in defense of luck egalitarianism, an egalitarian theory of justice that advocates for mitigating the effects of environmental factors people have not voluntarily selected as a means of eliminating inequality and that has recently been the target of much criticism. 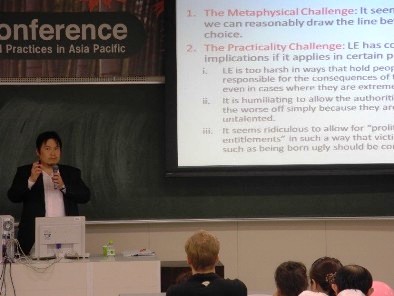 In the two-day conference, the researchers discussed extensively the theme of “Ethics, Human Security and Sustainability: Knowledge and Practices in Asia Pacific”. Researchers who presented at this conference will be invited to submit a full paper article for publication in the next issue of the “Ritsumeikan Journal of Asia Pacific Studies (RJAPS)”.