On November 15, 2016, RCAPS welcomed Dr. Takashi HOSODA , who works at Charles University in Prague, to deliver an RCAPS Seminar entitled "Critical challenges for European Security - Perspectives from Central and Eastern European (CEE) countries -" This seminar was held in English.

Dr. Hosoda began the seminar by explaining the background of Central and Eastern European countries' security from the geopolitical perspective. Next, he elucidated the threat to these countries from Russia. He continued by outlining the United States military presence in Europe and commenting on the status of NATO. In his conclusion, he presented Central and Eastern European countries' viewpoint on the anxieties about European security. In particular, he suggested the Trump administration taking office in January next year may lead to changes in Europe's security arrangements. 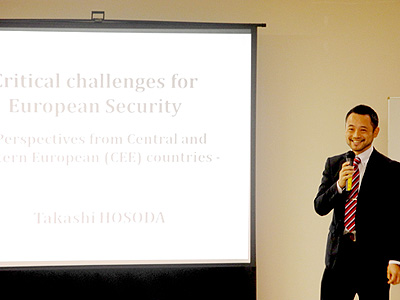 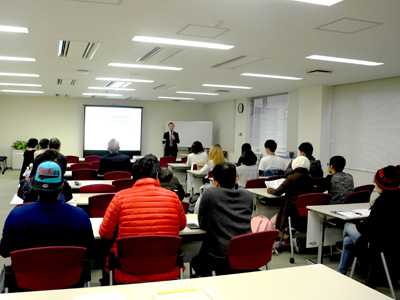