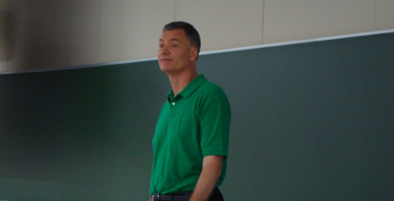 Using business logos of major American, Chinese and Japanese business, he clearly illustrated corporate preferences design decisions. His findings showed that of a sample of major US business listed on the Dow Jones, nearly 2 thirds were blue/navy and rectangular in shape, whereas almost the same promotion of Chinese companies listed on the Hong Kong Hang Seng were red and circular. To further illustrate the point, he pointed out that the logo for the 2004 Athens Olympics, held in the cradle of western civilization ?Greece, was blue and square, and that the 2008 Beijing Olympics logo was round and red. "Companies put a lot of thought into their logo design in terms of their target audience". 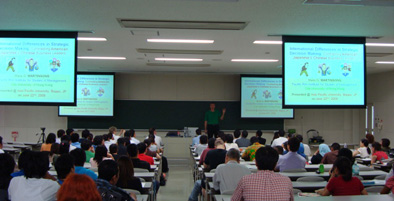