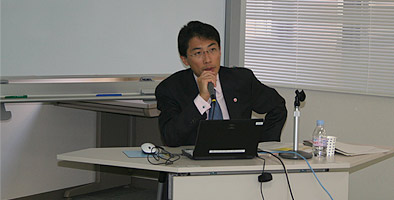 
Mr. ONO first spoke about the 2009 Mekong -Japan Summit meeting and explained the initiatives to promote political, economic, cultural, tourism development and youth exchange within the Mekong region. He mentioned how Japan aims to increase the living standards of the citizens of Myanmar, Cambodia, Laos and Vietnam which remain comparatively low compared to Thailand, Singapore and other industrialized south-east Asian nations. Mr. ONO later spoke of environmental initiatives such the promotion of sustainable forest management and conservation along the Mekong River. Mr. ONO then spoke in detail of the three pillars for future development and cooperation as outlined by the "Mekong-Japan Action Plan" such as the development of "economic corridors" and soft infrastructure such as roads, bridges and tunnels which greatly improve the flow of material, human and information resources across the region. During the Q&A session many students native to the Mekong region raised questions such as the reasons behind Japanese investment, Chinese influence in the Mekong region, political stability and environmental initiatives. Mr. ONO explained that Japanese cooperation and development assistance stems not from a desire to compete with China for influence in the region, but from trade and exchange relationships with the region that date back centuries. RCAPS was established in July 1996 with a mission to promote and foster research into the multifaceted developments and challenges that face the Asia Pacific region in the 21st Century. RCAPS seminars are held regularly at which lecturers from both on and off campus are invited to share research findings in the field of Asia Pacific Studies. Reporter, Student Press Assistant (SPA): Dimithri Dveinda Jayagoda (GSAM 1, Sri Lanka) 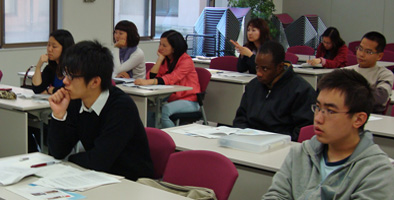