On Thursday, February 26, 2009, the "Fifth Local Networking Meeting with Ambassadors" was held at the Grand Prince New Takanawa Hotel in Tokyo through the cooperation of the Cabinet Office and the Ministry of Foreign Affairs. This is the 5 and final such meeting, each of which has targeted a different region. This meeting welcomed ambassadors and representatives from North, Central and South American and European countries. 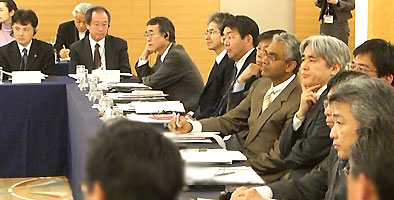 Following this, the different ambassadors and representatives spoke about their country's relationship with Japan and of the importance of such an event. Ambassador of the Republic of Bulgaria said, "In these days of globalization it is most important to maintain relationships with different nations. At APU students have the chance to meet people from 87 countries and regions which is perfect for developing international communication and relationships. I hope to see APU graduates at these meetings in the future as ambassadors of their countries."

The participants then enjoyed a light meal over which they enjoyed making new connections and relationships. During this exchange time, Nagano Prefecture, Minokamo City, Sendai City, Kitakyushu City, Chiba Prefecture, Chichibu City and the Town of Fujikawaguchiko presented their local specialties.

The Local Networking Meetings with Ambassadors have been held a total of 5 times since July 2008 under the theme of "Second track diplomacy by regions and the public centering on education, tourism and international exchange".

APU has become an international bridge and is promoting exchange at a grass roots level and deepening its network which will lead to international cooperation focusing on regional activation and human resource development. 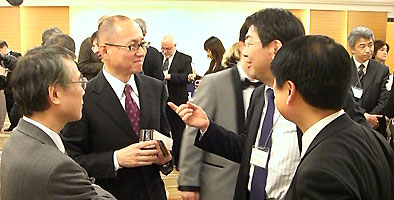