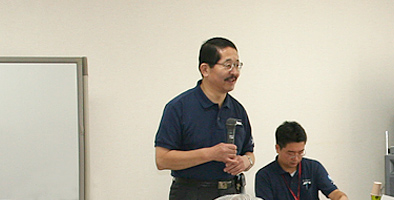 Vice-President WAKABAYASHI Hiroo expressed his thanks for the support local cities have provided and introduced some of the characteristics of APU, "outstanding students gather here from around the world which has promoted intercultural communication with the people of the community. Our faculty members use both English and Japanese to cater for their students and lectures, and are working tirelessly for the education of their students in addition to their own research. He also introduced the symposium and Thanksgiving Gathering events planned for the upcoming APU 10th Anniversary starting in October.

Established at the invitation of Oita Prefecture and Beppu City, APU places a great importance on contributing to the internationalization and revitalization of the region and has since concluded friendship agreements with 11 towns and cities in Oita and neighboring prefectures. APU continues to make its contribution to society and every year over 1000 students participate in a range of exchange events in Oita and neighboring prefectures. 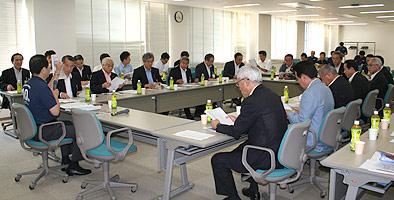