On Saturday, June 11, 2011, the “2011 World Festival” was held at AP House. One of the biggest events on the AP House event calendar, the World Festival offers participating students and festival goers the chance to experience the sights, sounds and flavours of the many different cultures that have gathered at AP House. 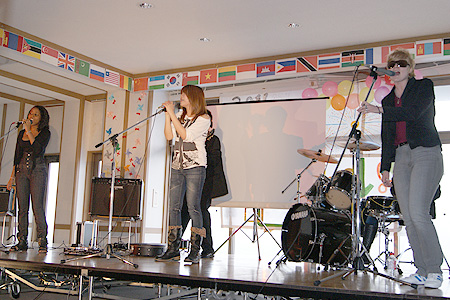 In addition to the stage performances, one of the main events was the mock world record attempt to make the world’s longest “multicultural maki-sushi”. This challenge involved the creation of a 25 meter-long “Maki-sushi” filled with foods from the different countries and regions represented at AP House. Resident Assistant and “Maki-sushi” event representative, FUKAGAWA Kenzo (APM3, Japan) described the aim of the event, “We hope that this event has helped people to learn more about the different cultures around the world”. The event attracted around 100 participants who enjoyed both making and eating their creation.

RA and World Festival leader ITO Mariko (APS3, Japan), shared her experience of organizing this event: “We have been preparing World Festival for almost 3 months and the biggest lesson I learned from this experience is the importance of teamwork and just how hardworking are my team members are”. 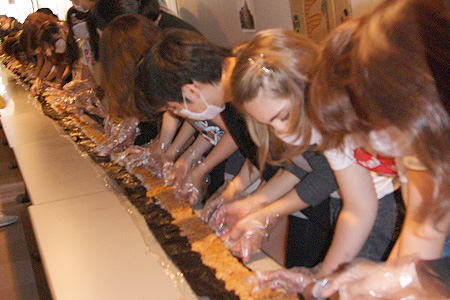