On Saturday, November 12, the final APU Public Lecture for AY2011 was held by APS Associate Professor YOSHIDA Kaori under the title of “Animatization of History: the creation of memories through media”. At the conclusion of the lecture, a tea party was held for APU students and lecture participants to engage in intercultural exchange. 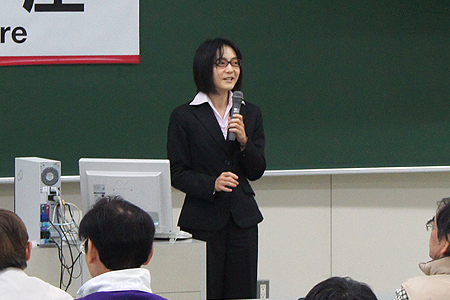 Held four times over the last 12 months under the theme of “the future of Globalisation – hints for living in a changing world”, this year’s APU Public Lectures have been delivered by members of the APS faculty, namely, Assoc. Prof. YOSHIDA, Assoc. Prof. FUCHINOUE Hideki, Assoc. Prof. YOTSUMOTO Yukio, and Assist. Prof. VYAS Utpal.

A total of 233 members of the general public participated in the lectures including 22 participants who attended all four and were awarded a certificate of completion. Based on the results of questionnaires administered following each lecture, it was found that participants were satisfied with the lecture content and the opportunities for intercultural exchange. 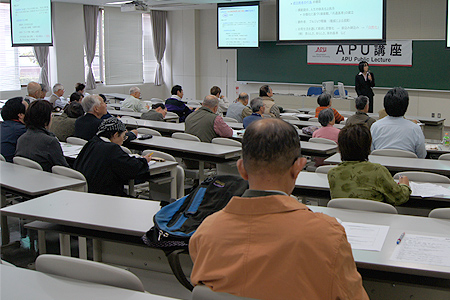 APU has been holding Public Lectures since 1998 (before the university opened) as a way to contribute to local development and internationalisation - both considered by APU as missions of upmost importance.

A report on the AY2011 Public Lectures is available at the following link (in Japanese only).

A sample of feedback gathered from participants can be viewed at the following link (in Japanese only). 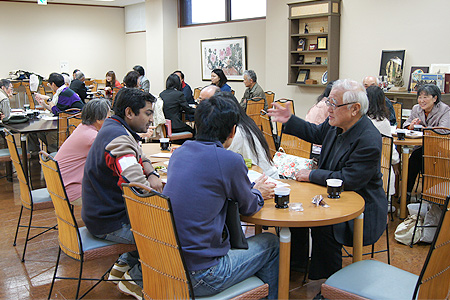