On Friday, March 16, 2012, a celebration was held to mark the graduation of the 6th batch of students on the Global Business Leaders Development Program (GBLP). The GBLP is backed by the Japanese government through the “Career Development Program for Foreign Students from Asia” and began in AY2007. Many parents and faculty members came along to celebrate the eight students’ graduation. 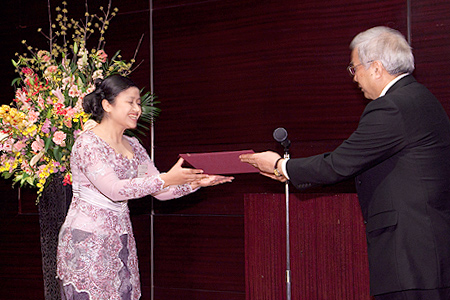 APU President KORENAGA Shun offered his congratulations and said, “The GBLP has been held in high regard and I look forward to hearing about your achievements in the future”. GBLP Promotion Committee Chairman and APU Vice-President, HIRATA Junichi, then offered a few words. “Out in the real world you will need to take the initiative in your actions and decisions. I hope that you will take confidence in your achievements and work to become a bridge that can link Japan with the outside world”. President KORENAGA then handed the recipients their certificates.

Looking back on the two-year program, each recipient then gave a short speech and described their dreams for the future, including Firstya Vira Devina (APM, Indonesia) who said, “Participating in this program has taught me to work hard and to see things through to the end. I aimed to complete this program with a smile so it gives me great satisfaction to see all the graduates here today smiling”. Fellow graduate, LEE Jae Young (APM, Korea) said that “The GBLP has been the biggest turning point in my life. I will take pride in my achievements on the GBLP program as I make my way out into the real world”. 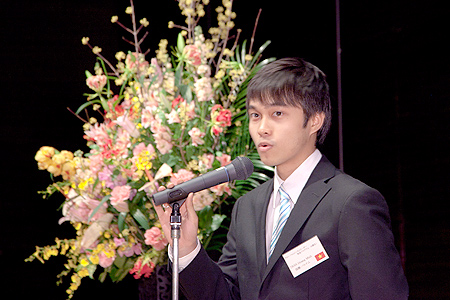 The GBLP aims to develop future business leaders who can contribute to Japan's economic development while leading the way in the Asia-Pacific region. In addition to standard APU curriculum subjects, 3rd and 4th students on the GBLP must complete an additional 16 credits including lectures and internships. Students on this program have earned the praise of the business sector for their Japanese business know-how and we look forward to their future achievements.

Official backing from the “Career Development Program for Foreign Students from Asia” concluded at the end of AY2011, but the program continues to operate at APU.

*The Global Business Leaders Development Project (GBLP)
Beginning in AY2007, the APU-proposed GBLP was adopted into the Ministry of Education, Culture, Sports, Science and Technology (MEXT) "Career Development Program for Foreign Students from Asia". Designed to improve the international competitiveness of Japanese businesses, this program accepts exceptional students with a strong desire to seek employment in Japanese businesses from throughout Asia and equips them with specialist knowledge and Japanese language skills. The program seeks to nurture globally-minded graduates with the ability to bridge Japanese business with the rest of the world. 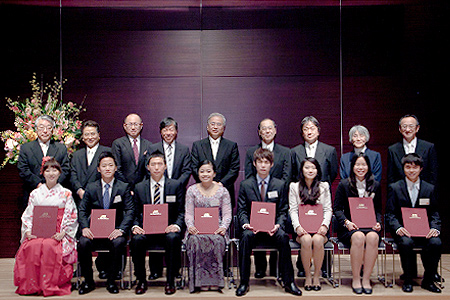