Last March, College of Asia Pacific Studies Professor Nobuyuki Hatada and College of International Management Professor Masanori Kato retired from APU. They sat down with us to reflect on their time teaching at the university.

I worked for a Japanese airline for nearly 30 years. I lived in Chiba Prefecture, where Narita Airport is located, and Tokyo, which is home to Haneda Airport. A colleague of mine from the Oita branch of the company told me that a university called APU was opening in Oita Prefecture and was recruiting faculty members. I had experience teaching part-time at other universities, so I was interested. I applied and began my teaching career the same year that APU opened its doors.

While I was at APU, my research focused on popularizing long-stay tourism. Initially, I intended to teach until I turned 65, but right around my 65th birthday, a German student told me about the European concept of holiday houses—separate homes that people rented out for long stays. This is when I began researching long-stay tourism. My students and I began searching for a vacant house, and with the cooperation of the residents of the Uchinari area in Beppu City, we found one. In the summer of 2008, we renovated the old house with the help of the locals and opened it up as a lodging facility in April 2009. In those ten years, we have welcomed more than 100 groups of guests for long-term stays, many of whom are repeat customers. Although this project was administered by students, the locals did not treat them with kid gloves. If the students did not fulfill their responsibilities, the locals were strict with them, and I am very grateful for their supervision. If you want to educate students on a field study, this kind of strict supervision from local partners is a necessity.

Getting support for APU

I think there are some Japanese people who hesitate to take vacations and others who willfully choose not to take them. This is why I want to cultivate researchers who can carry on my research into this style of tourism. I also hope the university will continue contributing to the local community, and I hope the locals will show their support for APU’s sustained efforts to contribute to the community. 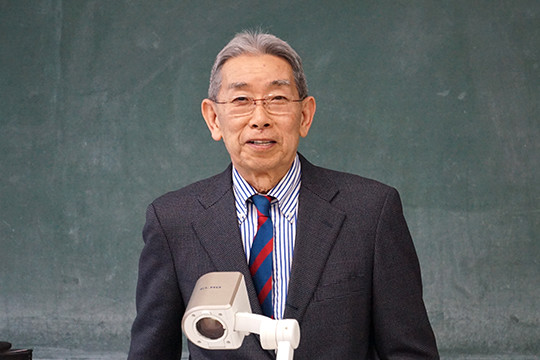 I worked as the CEO of an American company for 12 years before an opportunity arose for me to teach at APU part-time in 2007. In the following year, I began my career as a full-time faculty member.

Teaching at APU was extremely enjoyable

When I was attending graduate school in the United States, I taught small-group classes as a Teaching Assistant (TA). At the end of one semester, the students cast votes to decide who the best TA was, and out of 40 TAs, I was the runner up. The top TA was an American, but I was very happy to have been chosen for second place even though I was a foreigner whose native language was not English. Because of this experience, I have always had an interest in teaching. Teaching at APU was extremely enjoyable because the students were very responsive in class. Passing on my knowledge and experience to the next generation as a university faculty member was so much fun that there are many things I feel like I could still accomplish here.

Communicating the importance and joy of tackling new challenges

I am constantly trying new things in life. After retiring from APU, I plan to move back to Tokyo and start working at a British consulting firm, but I would like to try the thing that I am worst at. Ever since I was a child, I was never good at music, so I am taking lessons from a voice trainer with the aim of making my singing debut in 10 years. I plan to sing chansons in Japanese, English, and French, so please keep your eye out for my debut. When I interacted with APU students, I always tried to communicate to them the importance and joy of tackling new challenges. Many of my former students now live and work in Tokyo, and I will cherish my ties to APU. 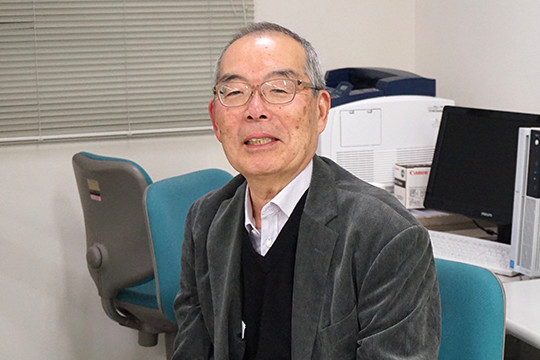