As of January 2007, the Ritsumeikan Trust has forged cooperative relations with 281 universities and research institutions in 52 countries and regions around the world. Through this network APU has developed partnerships for study abroad exchange programs, language training programs, and various other projects aimed at fostering student and faculty member exchange.

The program is a 'Short-term Japanese Language Program', during which the participating students will study Japanese language and culture and visit a number of local companies. The program is being run for two weeks between August 20th and August 31st.

Enthusiasm towards the program was shown with a couple of students saying they were particularly pleased to have the opportunity to come to Japan because they were very interested in learning more about Japanese culture and tasting some local cuisine. 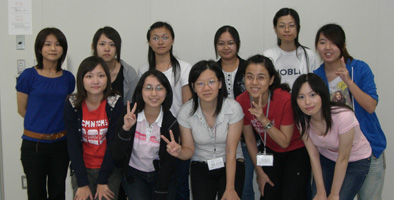