On Friday 16th November, a group of six delegates, including Director-General JI Yunshi, from the State Administration of Foreign Experts Affairs of China visited APU and met with APU president, Monte CASSIM. 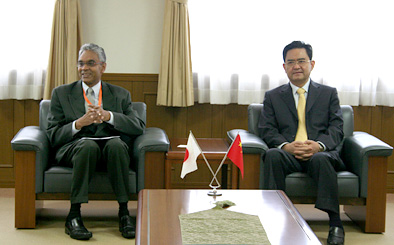 President Cassim introduced them to the daily life and study of the Chinese students currently attending APU, particularly about the circumstances of those students who were admitted with a recommendation from the State Administration of Foreign Experts Affairs of China. President Cassim then expressed his hopes to deepen relations even further with their government agency in the future.

Director-General JI expressed that APU's exchange with China is becoming more and more well-known. He said the acceptance of many Chinese students to APU, and the establishment of the Confucius Institute are both enhancing goodwill relations between Japan and China and he looks forward to engaging in further exchange with APU. After the meeting, the delegation was taken on a tour of the campus and its facilities.

Approximately 541 students from China are currently pursuing their studies at APU. 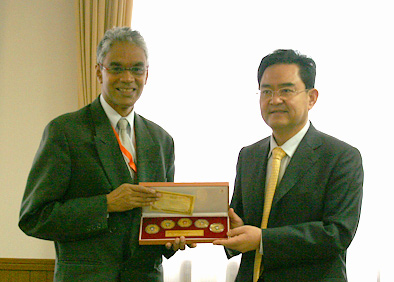