Since 2004, APU has offered English conversation courses in March each year to new students prior to beginning their studies in April. This year, 183 new domestic students participated in the course, which was held for 10 days beginning on Wednesday 19th March.Every year, over 20% of new domestic students participate in the course and appear to be highly satisfied with it. This course plays an important role not only as a bridge to university-level English classes which start in April, but also for motivating new students to study English. 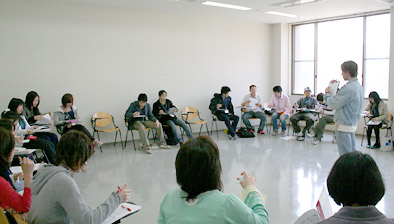