APU has been accepting trainees from countries around the world as part of the Japan International Cooperation Agency (JICA) sponsored ODA Technical Cooperation Project. Oita has received great interest internationally as the birthplace of the One Village One Product Movement and in 2008 has received trainees from the Africa region, ASEAN region, Chile and East Timor as well as the Philippines. 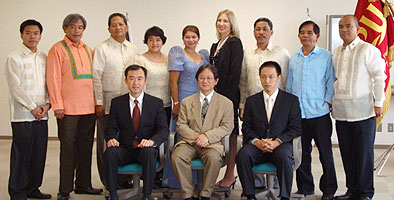