Ritsumeikan Asia Pacific University holds the Asia Pacific Conference to provide researchers from around the world with an opportunity to present their research. The conference has been held annually since its beginning in 2003, and this year marks its 20th milestone. Through academic discussion on issues facing the Asia-Pacific region and the world around them, this conference aims to contribute to the achievement our university's catchphrase, "Shape Your World". 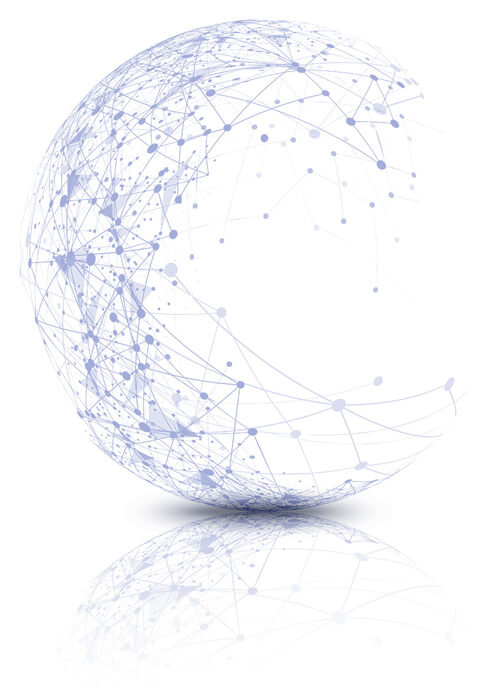 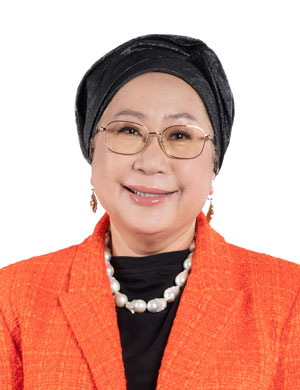 Dr. Mahmood is a medical professional with more than two decades experience managing crises in health, disasters and conflict settings. She is currently Professor and Executive Director of the newly established Sunway Centre for Planetary Health at Sunway University in Malaysia. She is a member of the Malaysian Climate Action Council, the Ministry of Health Advisory Council and Consultative Council for Foreign Policy at the government of Malaysia, as well as a Senior Fellow of the Adrienne Arsht-Rockefeller Foundation Resilience Centre. Dr. Mahmood is also the Pro-Chancellor of Heriot-Watt University Malaysia. She is a strong advocate of planetary health and sustainability and actively advises on Environment, Social and Governance in the advisory and board roles she holds.

She was the Special Advisor to the Prime Minister of Malaysia on Public Health and member of the Government of Malaysia’s Economic Action Council from April 2020-September 2021. Previous appointments include the Under Secretary General for Partnerships at the International Federation of Red Cross and Red Crescent Societies (IFRC), Chief of the World Humanitarian Summit secretariat at the United Nations, and Chief of the Humanitarian Response Branch at UNFPA. She is the founder of MERCY Malaysia, a southern based international humanitarian organisation. A strong advocate of private-public partnerships, she has been actively engaged with partnership development and program implementation with the private sector in her current and previous roles.

Dr. Mahmood is currently on the board of the Employees Provident Fund of Malaysia, CVS Foundation and ALAM Foundation in Malaysia and joined the board of Roche in Switzerland in March 2022. She is also the Chair of the Surin Pitsuwan Foundation based in Singapore.

She is the recipient of numerous national and international awards including the most prestigious Malaysian Merdeka Award in 2015 and the ASEAN Prize in 2019, for her contribution to peace, community development and humanitarian work. She also received the inaugural Isa Award for Humanity in 2013 from the Kingdom of Bahrain and the Gandhi-King-Ikeda Award for community development and peace building from Morehouse College, USA.

Dr Mahmood graduated as a Doctor of Medicine (MD), has a Masters in Obstetrics & Gynaecology from the same university and is a Fellow of the Royal College of Obstetricians and Gynaecologists United Kingdom. She also completed executive education at the International Management and Development Centre, IMD Lausanne and Berkeley Law.

Plenary SessionGlobalization of the Local Medical Devices Industry during Uncertain Times:
The Eastern Kyushu Medical Valley and Beyond 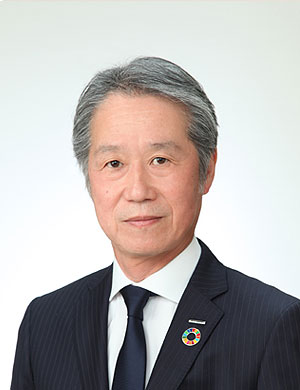 United with Everyone who Faces Disease:Our Roles and Contributions

Shugo Sumiyoshi is an experienced international business leader.
Currently he is President & CEO of Asahi Kasei Medical Co., Ltd., one of key component for Asahi Kasei’s Healthcare business and also a member of senior executive team of the Asahi Kasei group.
Upon graduation of Gakushuin University, he accumulated more than 20 years experience in European business operation in France and Germany at Rhone-Poulenc (1987~2005) and Lafarge SA (2006~2010) as senior manager mainly in strategic planning and business unit leader.
In current position, he is responsible of Medical Devices business such as Dialysis / Therapeutic Apheresis, as well as Bioprocess business, and realizing significant growth of these businesses.
Contributing for the development of Japanese medical devices industry, he is also Chairman of Medical Technology Association of Japan (MTJAPAN), Vice Chairman of The Japan Federation of Medical Devices Association, and Director of Japan Association for the Advancement of Medical Equipment. 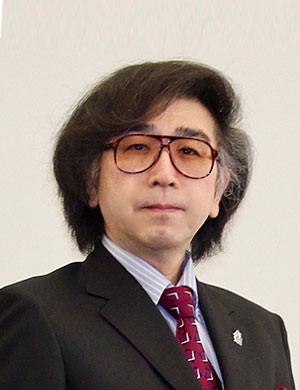 Executive Research Director of Center for Cybernics Research,
Director of R&D Center for Frontiers of MIRAI in Policy and Technology, University of Tsukuba
President and CEO of CYBERDYNE Inc.

He successively held the position of Leader/PM for the FIRST program and ImPACT program, both initiated by the Japanese Cabinet Office, and the Business producer of the Program for Building Regional Innovation Ecosystem by MEXT. He also served as an Executive Board Member of Advanced Robotics, and a member of Global Agenda Council on Robotics & Smart Devices of the WEF. Now, he is a fellow of the Robotics Society of Japan (“RSJ”) and the Society of Instrument and Control Engineers (“SICE”). He is a Center Partner of the Center for the Fourth Industrial Revolution, a member of Global Future Council of Production, and a member of Global Precision Medicine Council of the WEF. And he is also appointed as an International Fellow of the Royal Swedish Academy of Engineering Sciences (“IVA”).

The Eastern Kyushu Medical Valley is based in eastern Kyushu, which includes Oita and Miyazaki prefectures. With their focus on medical care (in particular, care related to blood and blood vessels), they aim to deepen the cooperation among industry, academia, and government, and further increase the concentration of the medical device industry and its impact on the local economy. By doing so, they hope to use the high industrial concentration in the area to revitalize the region and contribute to the medical field in Asia. (reference)

The Best Paper Award in 2022 has been awarded to Mr. Jose Rodolfo Aviles Ernult from Ritsumeikan Asia Pacific University on the title of “Analyzing magical realist narratives through the Freudian uncanny: decontextualized memories in Guillermo del Toro’s Pan’s Labyrinth (2005)”.