Panel Discussion of APU Presidents, Alumni and Students Held to Commemorate the 10th Anniversary of the APU Alumni Association 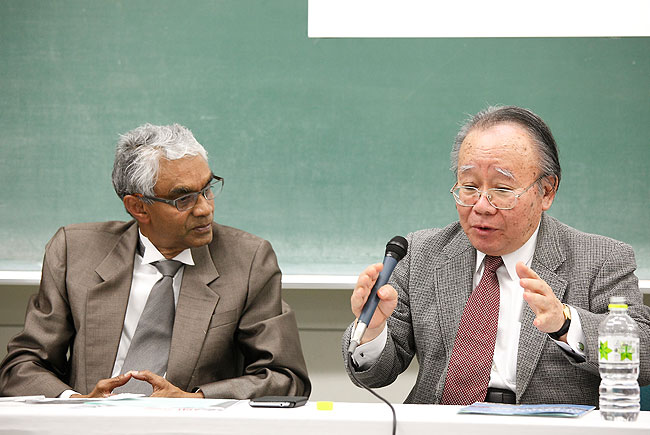 On Saturday, November 1, 2014, the APU Alumni Association held a panel discussion to commemorate its 10th anniversary. Entitled “Your APU Story: 10 Years Since Then, 10 Years from Now”, the discussion featured the current president and previous two presidents of APU, alumni and current students as panelists, each of whom talked about their experiences at APU and the ideal shape they would like the university to take in the future. 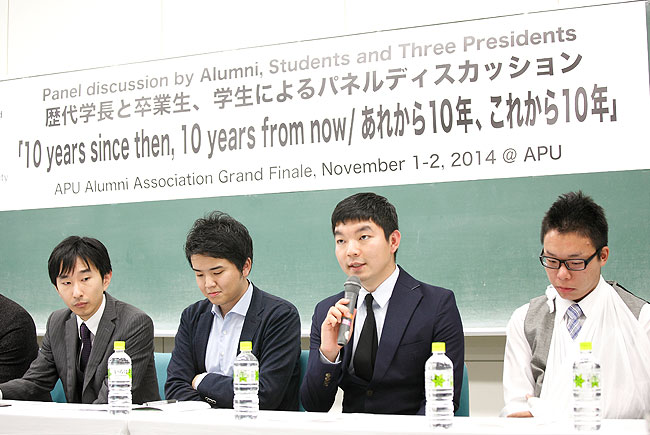 FUNAKI, Kaitu’u (Class of 2004, College of Asia Pacific Management, Tonga), a member of the first graduating class of APU who has been working for the university since graduation, reflected nostalgically on his student days. He talked about how there were no upperclassmen when he enrolled, how the university’s systems changed many times, and how the students were all full of hope. He continued by saying that, as a current employee of the university, he has seen many things that he did not notice as a student. After this, the first president of APU, Professor SAKAMOTO Kazuichi, discussed how APU came into being. He said that even though APU has now entered its 15th year, he has been involved with the university since it was originally proposed 20 years ago. The next panelists to speak were the current students, who discussed their lives on campus and pointed out areas for improvement. One of those students, CHAE Ki Ho (APS, Korea), talked about how he felt APU had changed after coming back from military service in his home country. 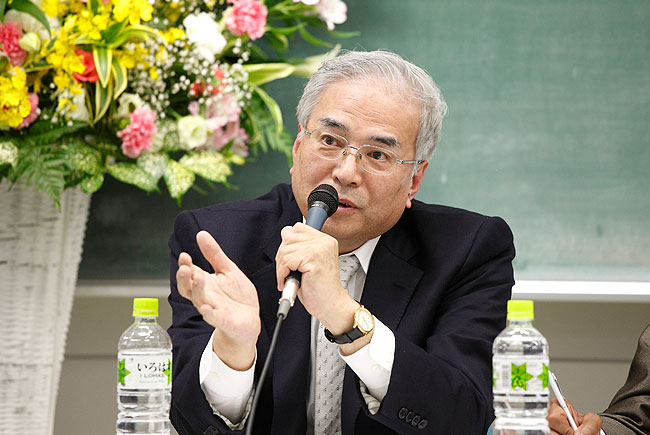 In the question and answer session at the end of the panel discussion, one member of the audience asked about the kind of branding strategy that APU should employ to become a top-class global university, and President KORENAGA provided a detailed yet easy to understand response. 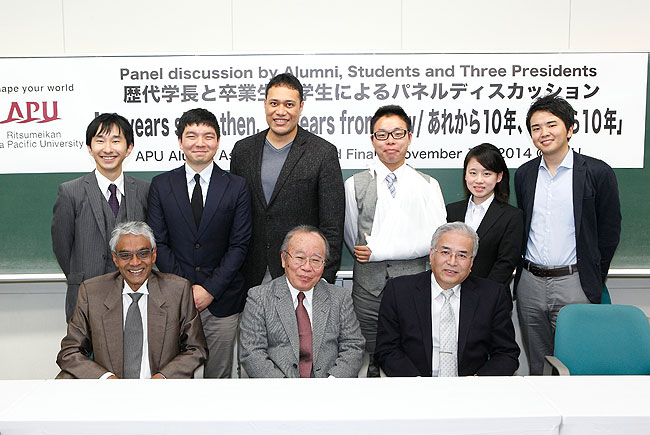 This session afforded current students an opportunity to gain a deeper understanding of APU’s history as well as a chance to reexamine how they should spend the rest of their time at APU.

* The panelists’ job titles and affiliations are current as of the date of this report.
* The College of Asia Pacific Management was renamed the College of International Management in April 2009.