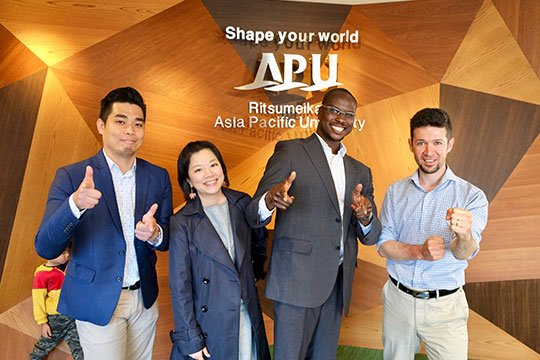 On May 4, four alumni returned to APU’s Beppu campus to share their experiences working for companies in Japan. These talks, which took place in Japanese classes, focused on how to strengthen Japanese ability, how the alumni chose the companies they work for, and what kind of work they do. They also spoke on their struggles and triumphs using Japanese in a working environment.

The four returning alumni are:


After the talks, the alumni answered questions from current students about working in Japan. When asked how Japanese companies value APU graduates, Ditie responded, “My company views APU students as exceptional individuals. I hope you will do your best to keep up that image.” Hindawi replied, “APU students and graduates are globally minded, so we are appreciated for seeing the bigger picture.”

One student asked, “I’ve heard that the working hours at Japanese companies are quite long, and that’s putting me off from looking for jobs in Japan,” to which Ditie responded “If it’s a job you enjoy, there’s not much you can do about that. No matter how many hours you work, it will be enjoyable.” For his part, Sirirutanaprapan said “Companies now are committed to making better working environments. Where I work, if you can finish an eight hour job in four hours, that’s positively evaluated as something that increased productivity. I go home at the end of business hours, and no one in the company makes me feel uncomfortable about it.”

Hindawi added, “Every company is different. At my previous firm, unpaid overtime was strictly forbidden. In cases where we had to work overtime, we needed prior permission to exceed our normal working hours. Soon you will start your own job searches, and you have the right to ask about overtime at companies’ introductory presentations. You should definitely ask about overtime if it’s something that concerns you. And based on what you hear, you can then decide if that’s the company for you. If you’re at a company that hasn’t changed things to make for a better working environment, there will be people there with whom you can talk about the situation. If you talk with the people around you, you will eventually reach a solution. Companies want to make a better working environment, but there are areas where they don’t know what to do. And I think with more foreigners and women entering these companies, if we are able to make our voices heard, that will be for the better.”

Wu replied by saying, “The world is pretty large. I know that there are people in this room that want to work outside of Japan, but you spent a lot of time and effort studying Japanese here, so why not try working at a company in Japan, and improve your Japanese skills by learning the language used in the corporate world? Once you do that, you can compare salary levels and working environments in countries around the world, and you’ll be in a better position to think about what country you would like to work in.”

When asked about the positives of attending APU, Sirirutanaprapan reflected on his time as a student, saying, “I was able to make friends who come from all over the world. I’ve gone abroad as a part of my job, and there are APU alumni everywhere you go. That’s encouraging.” Wu noted, “I think it’s great that we were able to make a lot friends, but I think we were lucky to spend our time at university in a relaxing place like Beppu.” Hindawi added, “Beppu is my second home. I come back once a year, and when I’m filling in the paperwork to take time off, I always write that I’m returning home.” Ditie said, “When I came to APU, I was very shy. But here I was able to broaden my horizons and develop an open mind. I was able to learn skills useful in planning for my future. More than anything, coming to APU set that future in motion.”

These talks with alumni are a part of the GOAL program. GOAL, or Global Alumni Lecture, connects alumni from all over the world with students on the APU campus. Visiting alumni share their knowledge and experiences via talks in a variety of Japanese classes at different levels. Through both regular curriculum courses and extra-curricular events, the program highlights graduates who are playing an active role in the world as role models for members of the APU community. The program aims to encourage students to think about how learning at APU connects to their future careers, supports students as they develop their career visions, and increases their motivation for learning while in school. APU continues to provide and strengthen activities that connect graduates, students, and faculty from all over the world. 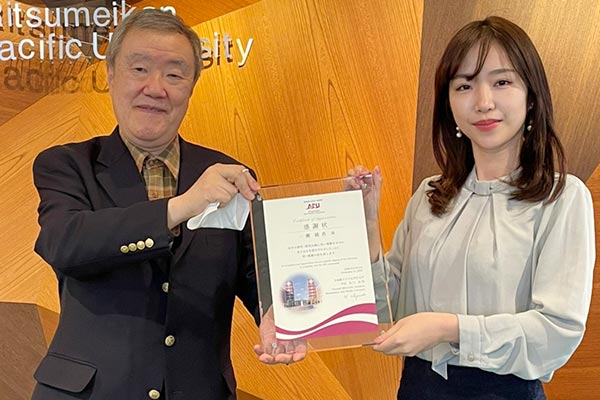 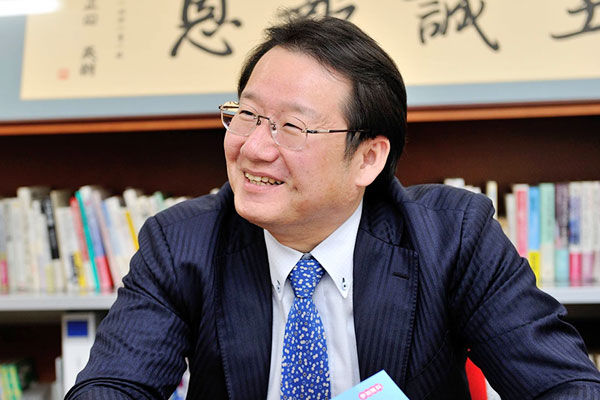 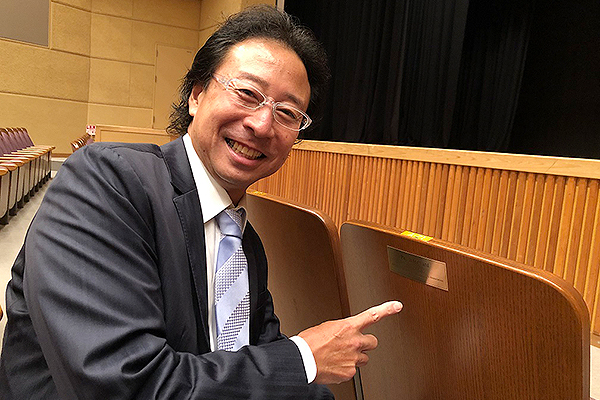