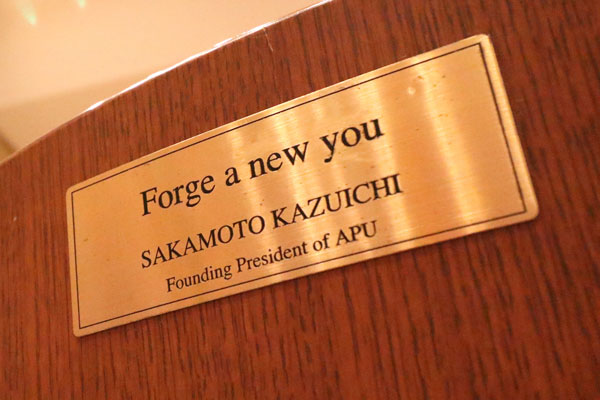 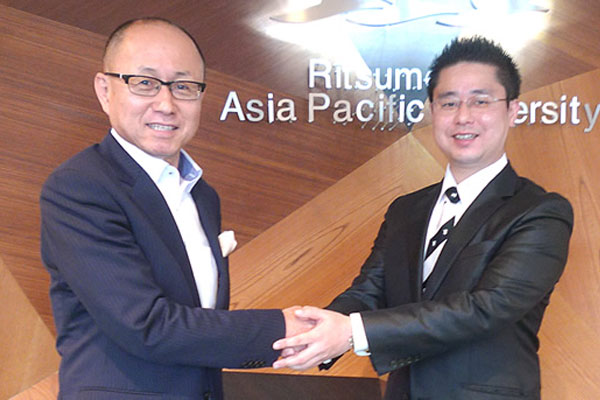 APU had a visit from Mr. Aoki Michio (Class of 2005 spring), the contributor to our “Nameplate Donation” fund. Mr.Aoki had a conversation with Pro Vice-President & Executive Dean Yokoyama.
We also asked him to share some of his experiences from his student days and from his current job.