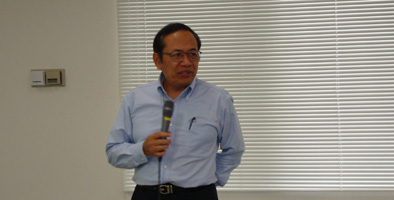 Kumamoto Prefecture is one of the major locations where Japan's semiconductor-related industries are concentrated, and due to the expansion of the solar cell plants of two companies in recent years, solar cell related industries are becoming a new pillar of the local industry. In addition, Kumamoto Prefecture is conducting a variety of activities aimed at nurturing the organic electronics industry to be the next generation’s leading industry, succeeding the semiconductor and the automotive industries. The prefecture has already been making great achievements in the obtaining of research funds and equipment, obtaining equipment purchase funds from the Japan Science and Technology Agency (JST) and being selected by and receiving subsidies from the Regional Innovation Strategy Support Program of the Ministry of Education, Culture, Sports, Science and Technology (MEXT).

With the fact in mind that human resources cultivation will be a necessary part of organic electronics development going forward, the Kumamoto Institute for Photo-Electro Organics requested a talk on organic solar cells.

In response to this, Professor Nakata gave a lecture entitled “The Future Expectations of Organic Solar Cells: How Can We Get Through the ‘Valley of Death’?” at Kumamoto Industrial Research Institute on Friday June 8, 2012.

First, Professor Nakata spoke about the organic electro-luminescence (EL) technology in a 55-inch TV set announced this year by Samsung and LG. Then he talked about an organic EL device using a high-performance thin-film transistor oxide semiconductor called IGZO.

Questions asked during the Q & A session, included those about how to speed up research and development, and application areas of organic solar cells.

In the future, an organization is planned to be established with industry-academia-government collaboration to promote the organic electronics industry. The development of organic electronics, including organic solar cells in Kumamoto, is anticipated. 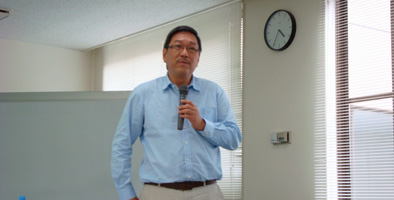 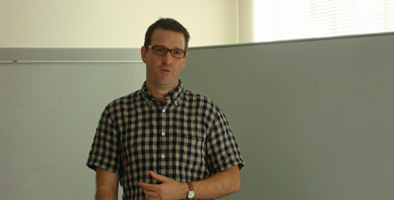