From 15 to 17 February, 2012, solar cell seminar PV World Forum and solar cell exhibition Expo Solar Korea 2012 were jointly held at KINTEX in Seoul, South Korea. Professor Yukihiko Nakata was invited from Japan to present at the PV World Forum (solar cell seminar) about the expectations of the future of the Japanese solar cell market.
During the three days, 6,000 people participated in the seminar, which was divided into more than 30 sections, such as market trends and the current technology development situations of parts, materials and production equipment.
In the seminar, Professor Yukihiko Nakata was invited to talk under the theme of “Effect of Feed-in Tariff on Global PV Market: Expected Japanese PV Market.”
He spoke of changes in the competition of solar cells as well as the characteristics and history of the solar cell market in Japan, and gave the audience information about two solar cell clusters in Kansai and Kyushu. He also mentioned that the introduction of the Feed-in Tariff system in Europe has been very effective to boost solar cell production and installation, but that there are some issues with it. He said that it is expected that the new Feed-in Tariff system established in Japan will expand the domestic market. In South Korea, solar cells are increasingly drawing interest, and for that reason many people participated in the seminar. The organizer said that they received many requests for the information materials after the conference.

Expo Solar Korea 2012 (the solar cell exhibition) was also held at a fairly big venue (21,526 sm2), and about 230 companies participated. Many of the exhibits were presented by Korean companies, which gave the impression that Korean companies have momentum to be actively engaged in this field going forward. This solar cell seminar and exhibition were foretelling a future success of the Korean solar cell business.

On Wednesday, January 25, 2012, an RCAPS Seminar was held by guest lecturer, Dr. Hitoshi MITSUHASHI, a Professor at the Keio University Faculty of Business and Commerce, under the theme of “An Introduction to Social Network Analysis in Organization Science”. 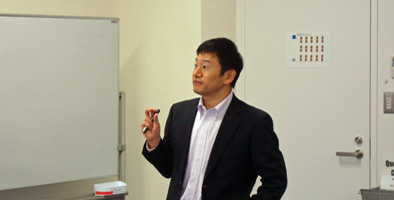 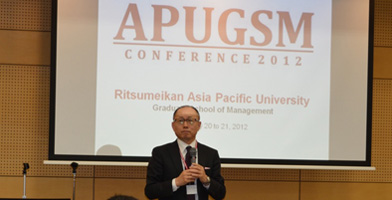