On Monday, June 27, 2016, RCAPS welcomed Professor Prof. Tuong Vu (University of Oregon) to deliver an RCAPS seminar entitled, " Asia's Changing Security Environment and the Dilemmas for Vietnam and Southeast Asia ". The seminar was held in English. 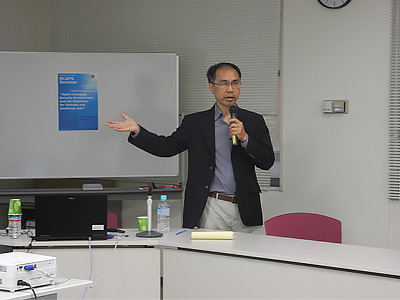 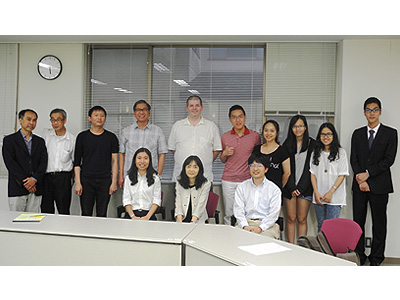 Prof. Vu’s talk dealt with such a timely topic: the rapid deterioration in the security environment in Asia due to the tensions in the South China Sea, which forced Vietnam and other Southeast Asian nations to face a tough choice. Starting with outlining the current political/economic conditions of South East Asia, Prof. Vu explained clearly about the political attitudes of main countries of ASEAN that are involved in this issue. For instance, some nations have moved closer to the US and Japan; others have not. He also presented how these countries view U.S., China, Japan, and Russia (e.g. as ally, threat, etc), which partly explains their particular attitudes and actions taken toward the contested area. According to Prof. Vu, Vietnam is in a particularly precarious position, and he concludes with the understanding that the domestic politics in Vietnam and other states in South East Asia have ambiguous implications for the future and for US and Japanese policies.

The large portion of the audience of the talk was students (both undergraduate and graduate), and quite a few of them are Vietnamese students. The Q & A session was very lively and inspiring, as some questions significantly reflected the actual situation and critical issues that the recent young generation (of students) has been concerned and frustrated with. Some indeed presented their frustration and perplexed feeling on some differences between what they have learned and known and what they have heard since they came to Japan (or outside their home country). Some students in the audience asked Prof. Vu about how to get the correct information among overwhelming information sources in the contemporary society. These questions and discussions were no doubt intellectually stimulating for all of the audiences.