On October 17, 2016, RCAPS welcomed Professor Iltae KIM, who works at Chonnam National University in Korea, to deliver an RCAPS Seminar entitled "Regional Economics and Regional Policy in Korea." This seminar was held in English.

[Report by Professor KIM Sangho (APM)]
At the seminar, Professor Iltae KIM examined and explained unprecedented economic developments that have been made in the developing world in the perspective of regional economics. He explained developing countries have different positions and locations in the global economy through development process and policy. He introduced regional economics as an economic discipline that deals with economy activities in locations and areas. He told that the fields of regional economics examine the effect of location and distance on economic activity. He also said that the principles of regional policy are the key to understanding how we got to where we are, why many development problems are so difficult to solve, and to design rural and urban development policy and programs as we look ahead. The lecture delivered an example of regional policy focusing on Korea, which had utilized comprehensive national territorial development plan throughout its rapid economic growth since 1960. The seminar provided both theory and a case study of regional development to students and officers of developing countries. 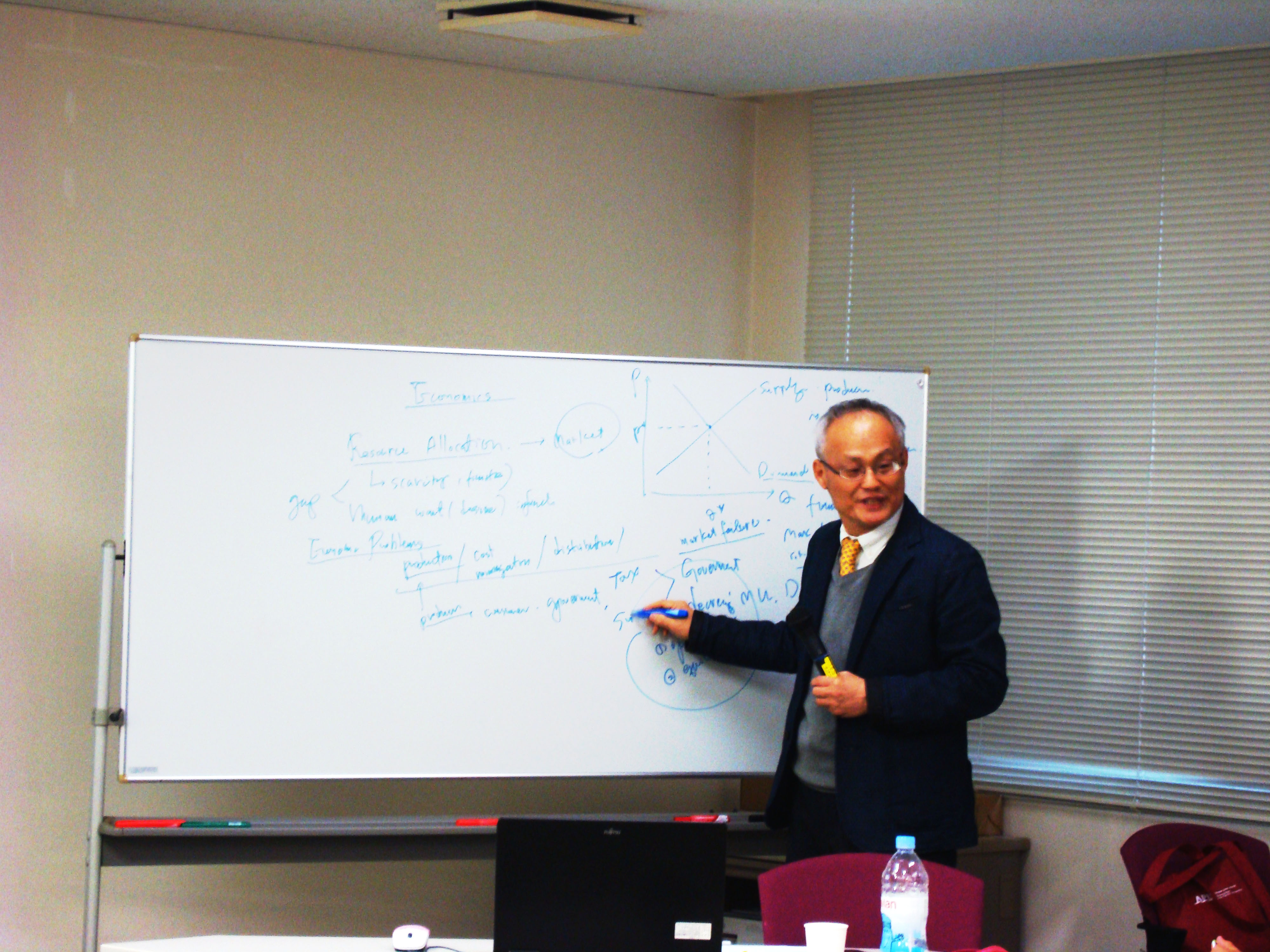 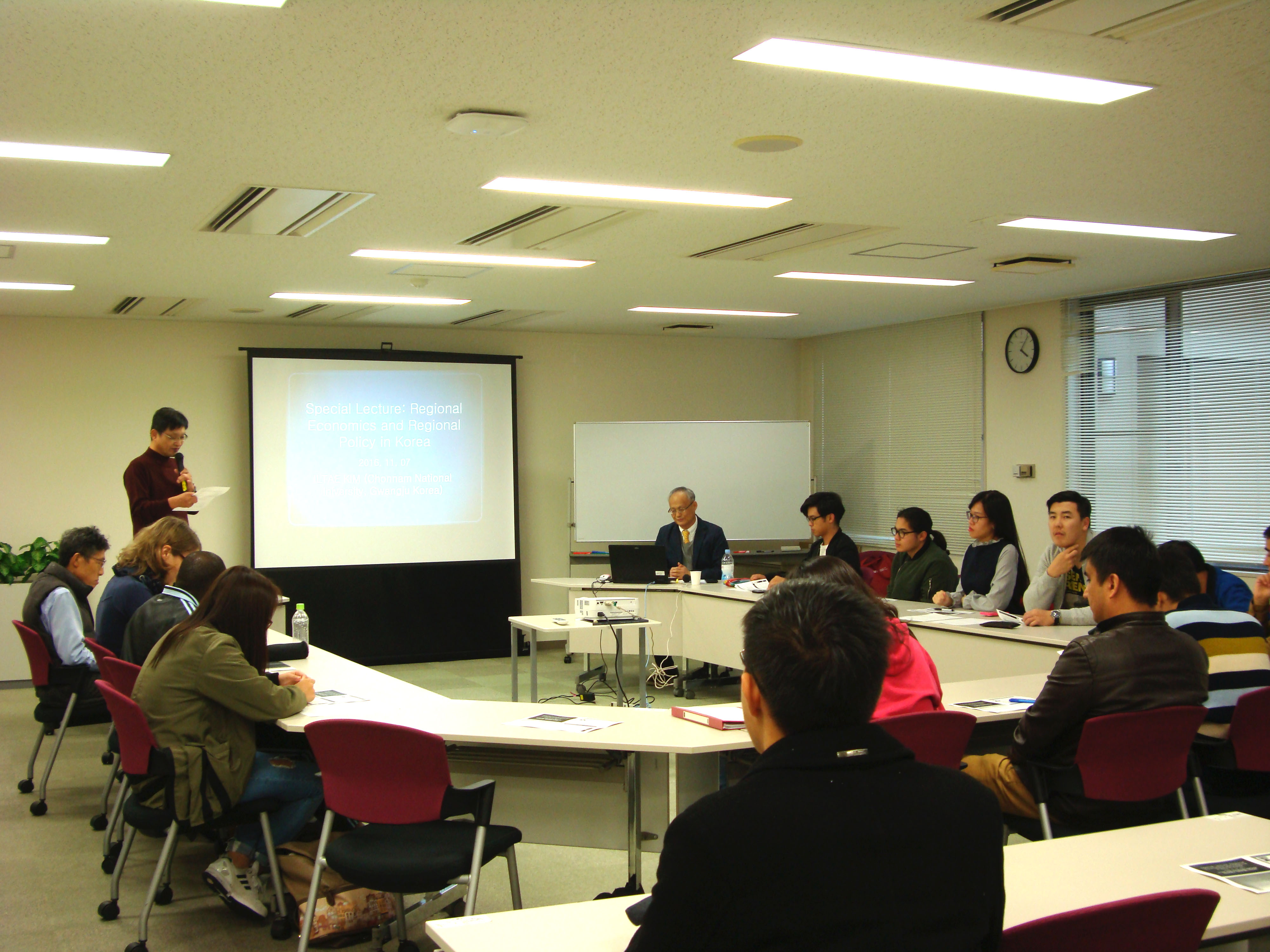