Setsuko SHIBUYA, Ph.D.(Adjunct Professor, Department of Cultural Anthropology, The University of Tokyo) gives a lecture at a RCAPS Seminar: 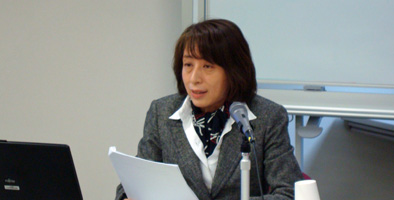 On Friday January 22, a RCAPS sponsored seminar was held at APU.

The seminar welcomed Setsuko SHIBUYA, PhD (Adjunct Professor, Department of Cultural Anthropology, The University of Tokyo) to give a lecture titled, "Family and Jobs Outside of Agriculture: A Case Study in the Mekong Delta, Vietnam".


On January 22, RCAPS invited Dr. Shibuya Setsuko to give a seminar entitled, "Family and Jobs outside of Agriculture: A Case Study in the Mekong Delta, Vietnam". Dr. Shibuya attained her PhD in Social Anthropology from Harvard University and currently, is a lecturer at the Department of Cultural Anthropology at The University of Tokyo. In her seminar, Dr. Shibuya discussed her research on the Mekong Delta of Vietnam which she conducted in the late 1990s. In her research, she looked at relationships between jobs and family during the shift to a free market economy. During this time more and more people were finding jobs outside of family agriculture. At that time, she found that although the younger generations were moving into the factories and cities to work, their new jobs did not change strong family ties which existed. Although at times there were conflicts between the older generation and younger generation, for example between women who wished to continue working after marriage and their in-laws or husbands who thought it was inappropriate for a married woman to work in a factory, or sons who spent most of their salaries for fun, Dr. Shibuya concluded that the importance of family had not diminished as people worked outside family agriculture. She found that new jobs still existed within family norms. Though Dr. Shibuya found that traditional values still remained in the Mekong Delta, she found that the shift towards working outside of family agriculture did have some impacts on the society. This was the increased importance of friends and a wider social life as new social relationships were created through work, such as the relationships with bosses and coworkers. Dr. Shibuya concluded that when her research was conducted, it was still too early to conclude that family values do not change due to the economical shifts. After the seminar a lively discussion session was held, with students and faculty raising questions about Dr. Shibuya's research and some students from Vietnam discussing the changes seen in Vietnam since the 1990s. 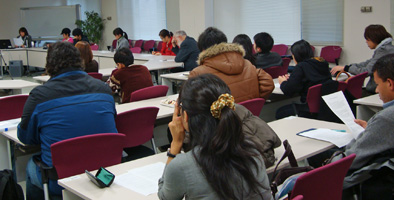