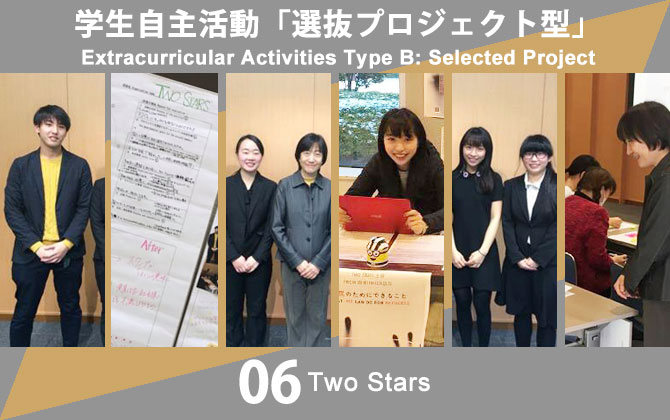 The final entry in our series on student Selected Projects features Two Stars. The members of Two Stars promote awareness of refugee issues in order to widen support and assistance for displaced individuals.

Have you seen the following message? “Many people around the world have to leave their own countries due to conflicts and natural disasters. Do you know that refugees are also living in Japan? Learn more about refugees with us.” Two Stars, the group spreading this message, is a student organization which is actively expanding support for refugees.

In 2016, APU was registered by the Japan International Cooperation Agency (JICA) as a university that accepts Syrian refugees as international students under the “Japanese Initiative for the Future of Syrian Refugees” program. This was enacted as part of the Japanese government’s assistance initiatives for the Middle East. In 2017, students felt the immediacy of refugee issues and established Two Stars to provide assistance.

The first activity undertaken by Two Stars was to support the Refugee Photo Exhibition held from October 9-13, 2017 by “Peace x Piece,” a student organization that is also involved in refugee issues. This on-campus exhibition displayed photos of people around the world who have become refugees. These were provided by the Office of the United Nations High Commissioner for Refugees (UNHCR) and Amnesty International, an NGO focused on human rights. In order to have these photos viewed by more people, the Two Stars members visited high schools in Beppu City and engaged in other outreach projects. Over 400 visitors from on an off campus attended the photo exhibition.

Are you concerned about refugee issues? 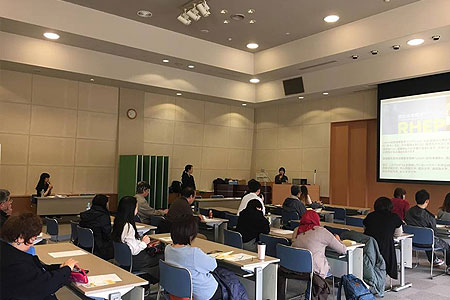 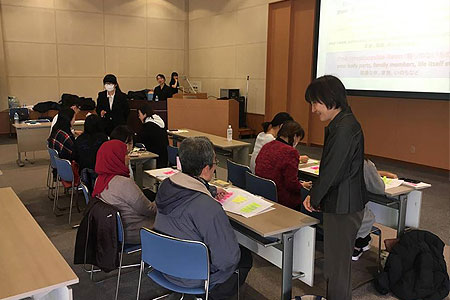 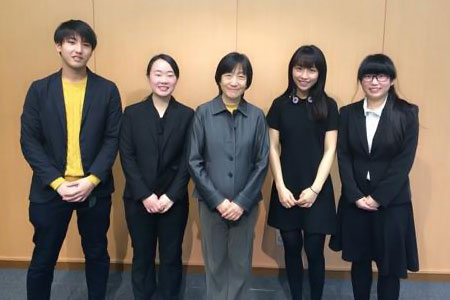 On January 21, 2018, Two Stars invited Megumi Nakamura from the UNHCR to give a lecture on global refugee issues to APU students and Beppu City residents. During the lecture, Nakamura discussed the activities of UNHCR and how it operates. Afterwards, she spoke about her past experiences providing assistance to refugees as a UNHCR staff member.

The workshop called “Examining Your Life Possessions” following the lecture was initially planned only for APU students. The local city residents attending the lecture asked to participate. The workshop asked participants to think “Is there something I can do?” in order to more deeply understand the emotional pain felt by refugees. First, the participants were asked to list things such as food, shelter, family, and health that are needed for human beings to survive. Next, they were asked to imagine a situation where they had to eliminate all of the items written on that list. After the workshop finished, the participants said that it was a very meaningful experience and one offered this reflection: “If you told me to have a sense of ownership about this issue before participating in the workshop, I would have thought that it was somebody else’s concern in another part of the world. After participating in the workshop, however, I understood what it would feel like if I lost everything.”

Going forward, Two Stars plans to hold the “Examining Your Life Possessions” workshop and a UNHCR refugee film festival at APU. Two Stars will continue their activities to make more people aware of the challenges that refugees face. 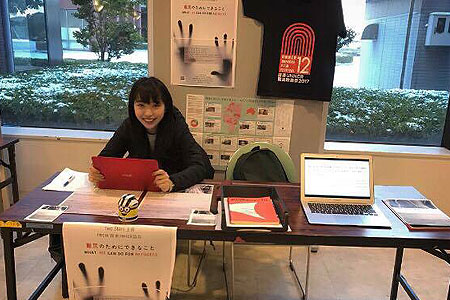 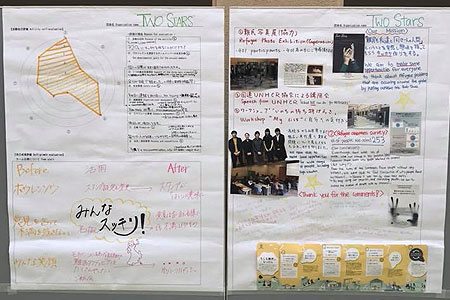