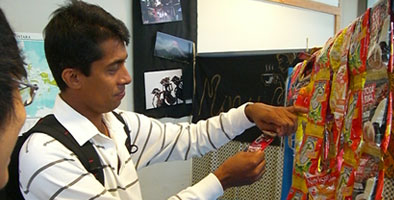 Every year at APU where students from 87 countries and regions come together, we hold Multicultural Weeks to introduce and throw the spotlight on the culture and languages of these countries and regions. During the week there will be plenty of Indonesian gourmet cooking available at the Cafeteria, Indonesian folk costumes and games, and a display of handicrafts.

Traditional dance and folk music performances are also planed for "Indonesia Night" to be held at the WAVE outdoor stage. There will also be Indonesian film showings. A range of performances showing Indonesian regional traditional music and dance at the Grand Performance are planned for Friday, July 3 and will follow the story of Indonesian female students traveling around Indonesia experiencing the local culture.

There are currently 183 Indonesian students studying at APU (as of May 1, 2009). Furthermore, the Language Center has been set up and is engaging in the teaching of Indonesian as one of the languages of the Asia Pacific region (AP Language). 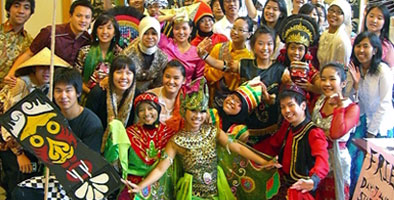