Eight public officials from Chile participated in a three week training course held at APU from July 16 - August 5. This "Training Course in Enforcement of Regional Administrative Function for Local Industrial Promotion" was commissioned to APU by the Japan International Cooperation Agency (JICA) and has been held at APU for two years now. 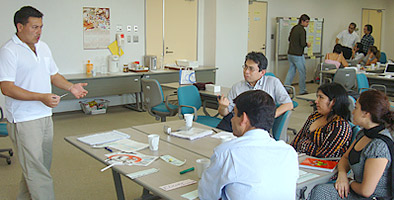 Currently in Chile, decentralization of the provinces from the central government and the strengthening of regional governments are progressing. For this reason, during the training program the trainees learnt about Japan's regional development theories and practical cases with the aim of putting to use what they learnt in the program in Chile in the areas of policy planning and industrial development.

During the training course, the trainees were able to visit and listen to lectures at various sites that are successfully carrying out regional industrial development in addition to attending lectures about community capacity development that covered theory, evaluation and case studies 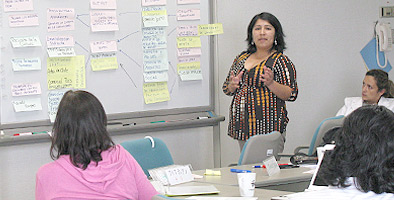 Jose Luis OLIVOS, from the Quinchao Economic Productive Promotion Department said, "The training program allowed us to understand concepts such as community capacity development, organizational and institutional framework and how to implement them in our communities. At the same time, it strengthened our abilities as project managers. The Japanese experience will provide perspective, help us to encourage our people and empower them to improve their daily activities."

Since being commissioned by JICA in 2005, JICA Training Program trainees have been coming to APU from many countries around the world. Oita Prefecture is known internationally as being the origin of the One Village One Product movement and in 2008 APU received trainees from many countries and regions such as Africa, Chile, the Philippines and Laos. 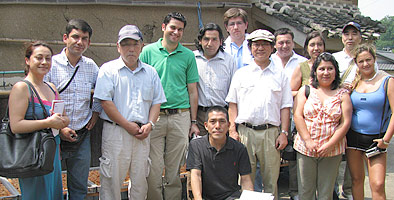