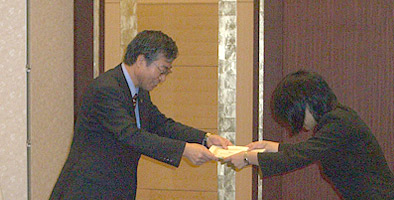 Held by the Kumamoto Techno Industry Foundation (Trust) and the Solar and Green Energy Business Promotion Association, this contest aims to increase people's awareness of solar energy, new-generation energy and the environment, and promote solar cell research in higher education institutions. Teams that made it through the initial screening stage were issued with a solar cell with which to create their prototype and vie for the top place at the second judging stage.

Ms. MIYAMOTO spoke of her joy at receiving the Excellence Award, "We went through a trial and error process of seeing just how much we could get out of the solar panel and had many team meetings. We managed to put the whole thing together with expert technical advice and ultimately come away with the Excellence Award. While this experience taught us the difficulty involved in realizing an idea, it also gave us a wonderful experience." 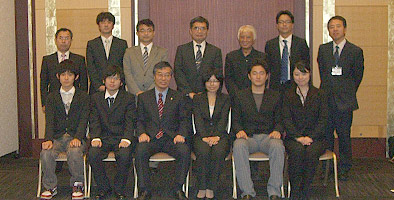