On December 4, 2009, the Grand Performance of Bangladesh Week – the first installment to the fall semester Multicultural Weeks – was held in the APU Millennium Hall.

The show got underway with an opening address from President CASSIM who is due to end his term in December 2009. Centering on a cartoon of a grandmother passing on her memories to her grandchild, the crowd was introduced to features of Bangladeshi culture such as New Year's events and a wedding ceremony, through traditional dance, a sword dance and fashion show. Many members of the general public also came along to enjoy the performance. Although this was the first Bangladesh Grand Performance, the show had the crowd enchanted.

At the conclusion of the show, representative of the Bangladesh Week Executive Committee, Mir Arman Faruk (APM4, Bangladesh) spoke of his gratitued to the students who took part, "eighty students from approximately 20 countries were involved in running of Bangladesh Week. I feel very proud as both an APU and Bangladeshi student. We could never have achieved it without their help." 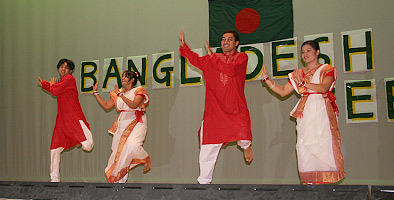 One of the participating students, Singh Rajeev Kumar (APM2, Bangladesh), spoke of his aspirations for the next event, "We were able to do our best thanks to all the support we received from so many people. I hope to work to make the next performance even better". 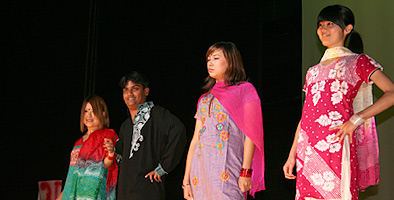 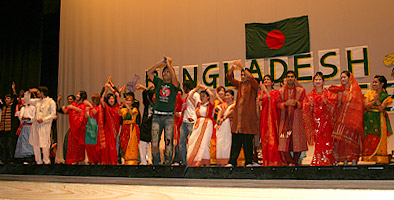