On Tuesday, January 12, 2010, Taiwan Culture Week – the last installment of the AY2009 Multicultural Weeks – got underway.
Ninety seven countries and regions are represented at APU and every semester Multicultural Weeks are held to showcase many of these country/region's language and culture through a range of events planned by the student body.

During the week, there will be many opportunities to experience Taiwanese culture such as Taiwanese food at the Cafeteria. You will also be able to make Taiwanese desserts and have your picture taken while trying on traditional Taiwanese costumes. On the final day of the week (Friday,15), the Grand Show will be held at the Millennium Hall showcasing a range of Taiwanese regional dances and music. We hope to see you there!

Thursday, January 14, 12:25-12:45 @Cafeteria
Show Performance
This event has been cancelled due to bad weather. 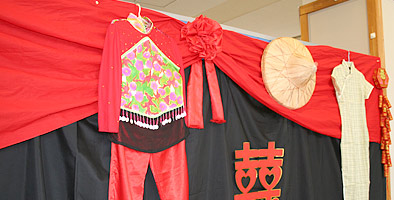