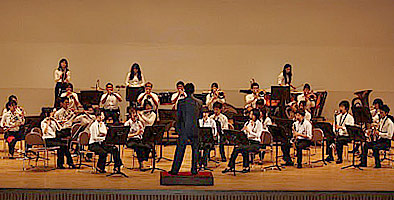 The APU Wind Orchestra performed two pieces, the Okinawan folk song "Island Sun" (compulsory piece) and "The last letter from Murdoch". The orchestra gave a powerful performance that was a testament to their hours of tireless rehearsals.

APU Wind Orchestra representative, FUNAKOSHI Sakie (APS2, Japan), spoke of her goals for the upcoming Kyushu Wind Orchestra Competition, "This concert really made us aware of the importance of our many supporters. We encountered a number of problems on our journey to this concert, but thanks to our supporters the group was able to come together and overcome them. We gave our best performance up on stage and our members have deepened their relationships of trust even further. When we perform at the Kyushu Wind Orchestra Competition, I hope that we remain thankful to our fans and provide a moving performance to our audience".

The APU Wind Orchestra will be performing at the Saga Prefecture Culture Hall on Saturday, August 28. We hope you will lend your support.

Established in 2002, the APU Wind Orchestra currently has fifty-six members including thirteen international students. The orchestra is now a regular performer both on and off campus including their December Annual Concert, the Tenku and "Pica Pica" Welcome festivals, and concert performances at JR Beppu Station. The orchestra has posted some solid results including gold for three straight years at the Oita Prefecture Wind Orchestra Competition since it made its debut competition appearance in 2007. 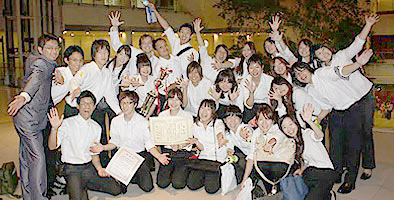