From Friday, October 1 until Thursday, October 14, 2010, the "APU 10th Anniversary Photo Exhibition" will be on-show at Oita Airport – Oita's gateway to the sky. Hosted by APU, this exhibition is being held in the Terminal Building 2nd Floor Plaza. 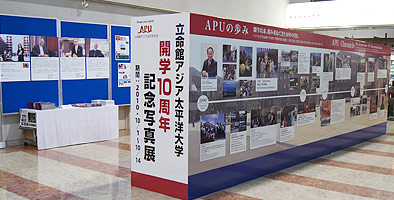 APU marked its 10th Anniversary on April 1, 2010 and celebrated this milestone over 12 months from October 2009 until September 2010. A range of events were held as a way to express APU's appreciation to the many people who have offered their support to the University over the last 10 years. This exhibition is also part of the anniversary celebrations.

This exhibition takes a look at the history of APU since it first opened and features scenes from the university's unique multicultural environment. Furthermore, Sunday, October 10 will host a special community exchange event featuring performances by APU student circles including an Indonesian dance troupe, a Vietnamese martial arts display, and the "If the World were a Village of 100 People" information workshop spotlighting the volunteer work of APU students in Thailand. The exhibition will also welcome APU graduate and professional Shamisen player, SUZUKI Toshie, to deliver a live shamisen performance.
We hope to see you there! 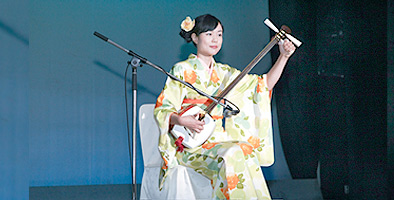 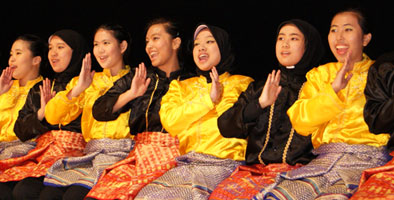