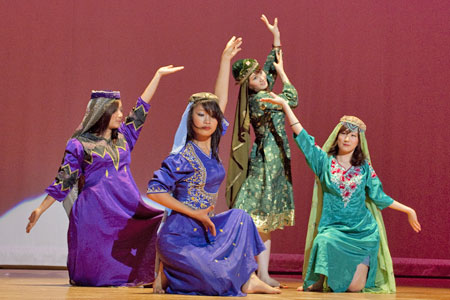 On Monday, July 18, APU hosted the first ever “Iran-Day”. This one-day event will introduce the ancient culture of Mesopotamia and Persia.

Following the theme of Emperor Cyrus of the ancient Persian Achaemenid Empire, the show featured a range of student-choreographed dance and musical performances, and also introduced Persian traditional costumes and dress.

Footage of the day's events is accessible on the internet via Ustream. Please be sure to tune in and enjoy the colourful performances by APU's multilingual and multicultural students.