On Monday, November 5, 2012, the first installment of the ‘Ashoka Fellow Speaker Series’ was held at APU. This event was hosted by Ashoka Japan, one of the East Asian branches of Ashoka – the world’s largest network of social entrepreneurs. 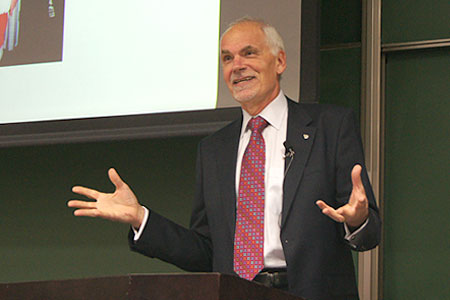 Social entrepreneur and advocate for the greater independence of disabled people and for the alleviation of challenges faced by caregivers, Al Etmanski, delivered a lecture under the title of ‘Disability and Full Life’.

During his speech, Al Etmanski spoke about the importance of creating personal networks in order to prevent the social isolation of disabled people and his experiences in supporting their independence. He also described his efforts to promote employment opportunities for the disabled through funds provided by stakeholders, rather than relying on government support.

In addition to students, faculty and staff, the event also attracted many members of the local community with an interest in community contribution projects. Following Al Etmanski’s well received and impassioned speech, audience members queued to ask him questions. 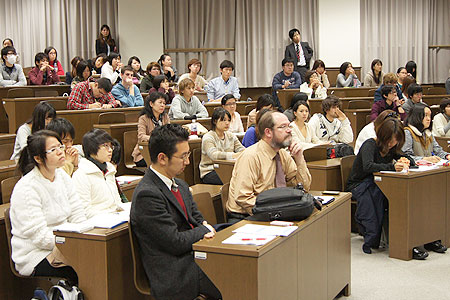