From June 4th until July 31st, 2013, APU is hosting six undergraduate students from St Edward’s University (Texas, USA) on the SEU-APU Gateway Program. During their time on the program, the SEU students will take part in an intensive Japanese language study program and also get to experience local culture through a range of excursions and day trips. We spoke with Milo, Kelsey and Holly and asked them about their time at APU so far. 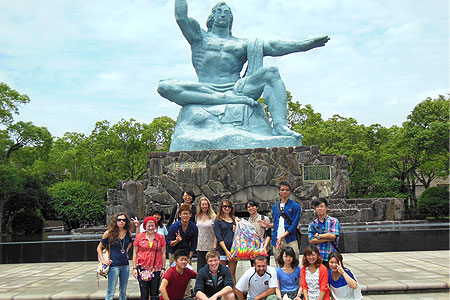 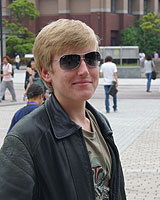 “I have always wanted to come to Japan and experience the onsen (hot-spring) culture. Also, as a business major, it’s important for me to learn about the business in Japan – one of the largest economies in the world – as well as the language and culture. The trip to Nagasaki was very memorable for me. As an American, I felt that the trip really opened my eyes to the scale of the destruction of the atomic bomb. I’m really looking forward to home-staying on a Japanese tea farm. Not only because it will give me a chance to experience Japanese family life and test my Japanese skills, but also because I really love Japanese tea!” 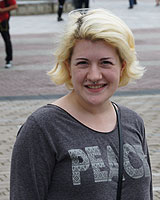 “I’ve been fascinated with Japanese culture ever since I began watching Japanese anime on the TV as a 10-year-old. But I’m also interested in the traditional side of Japan, such as the tea ceremony and geisha culture. For me, joining this program has given me the chance to get to know Japan on a personal level through making friends with the locals and talking with the local children. Costume design, my major, revolves around creating a central concept and I look forward to merging Japanese concepts, patterns, fabrics and textures into my future costume designs”. 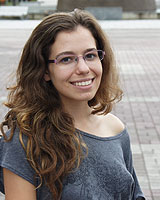 “Having never travelled abroad before, I felt the need to experience a culture totally different from my own, so I chose Japan. I have enjoyed the little culture shocks along the way. One thing I have particularly enjoyed is the group discussion sessions we’ve had during class. During these sessions we talk about contemporary issues and hear other people’s opinions. This has really helped me to broaden my outlook, and as a political science major, we need to be able to understand the cultures and standpoints behind people’s opinions. This has been a great learning experience for me”.

The SEU-APU Gateway Program is part of the the Global Collaborative University Education (GLUE) program between APU and SEU based on an agreement concluded between the two institutions.