On January 14, 2016, an open debate session was held in a Korean language class with 11 students from the Advanced Korean class and six native Korean students. This open debate, which focused on the education system in South Korea, was designed by Center for Language Education Lecturer SON Jinhee. Appropriately 60 students, faculty and staff members came to watch the debate. 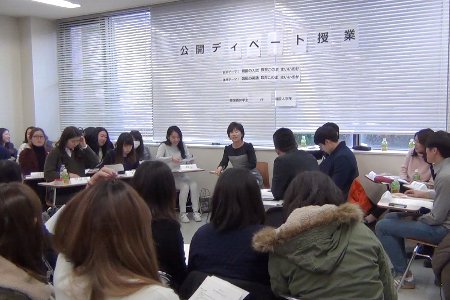 The students of the Advanced Korean class had developed a strong bond as a team by working together on preliminary research and engaging in in-class debates to improve their Korean language proficiency. These students later remarked that the debate helped them realize that a mere understanding of the language is not enough; they came to learn that language acquisition requires you to also gain an understanding of a country’s culture, society, and history. 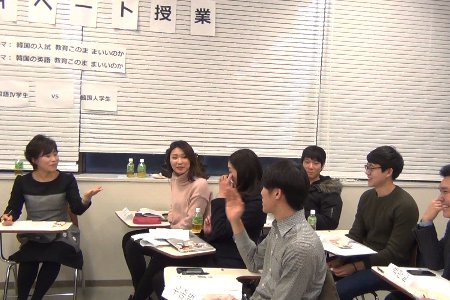 In this debate, the students fully demonstrated what they have learnt through classes as they passionately exchanged opinions with their native counterparts on education issues in South Korea – with a particular focus on university entrance examinations and English education – based on knowledge gained from extensive research. 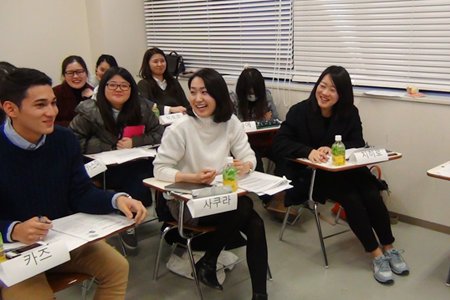 Many students from elementary to intermediate Korean classes also attended this session, and afterwards, one of them remarked by saying the debate helped him set clearer goals for his study of the Korean language.