From November 25 to 28, APU international students embarked on the FIRST Program.※１ 34 first year students from nine countries and regions saw a side of Japan outside the big city. These students from across the world had the chance to experience the warmth of the local people, take in the natural beauty, and savor the taste of local dishes during their survey of marvelous locales in the Kyushu region.

FIRST is a collection of pre-program classes, fieldwork, and follow-up classes at the APU campus. On their four day venture, participants separated into small groups tasked with interviewing over 200 Japanese residents. This survey is a remarkable opportunity for students to learn the thoughts of Japanese people, their feelings about particular subjects, as well as discover new things about Japanese culture and daily life. Interacting with locals gives participants the chance to polish their Japanese language skills acquired at APU and allows them to ponder the very importance of their language studies. Each group was supported by an upperclassman that gave language support and helped facilitate interviews.

On the first day of their journey, participants visited the Nagasaki Atomic Bomb Museum in Nagasaki City, as well as the nearby Nagasaki Peace Park. Students solemnly contemplated Japan’s experience of atomic weapons and radiation, as well as the meaning of peace. Groups were then randomly dispatched to different areas to conduct their surveys. The groups of first year students could not depend on the organizers or upperclassman to do the interviewing for them. They had to learn how to interact across cultural boundaries on their own. 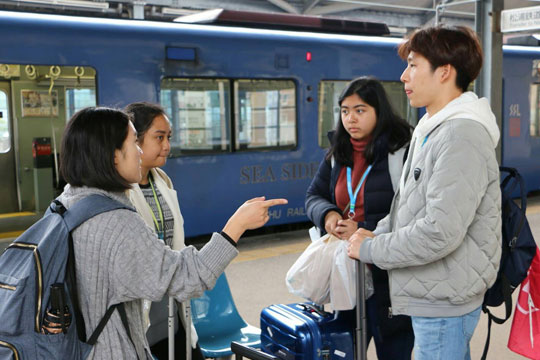 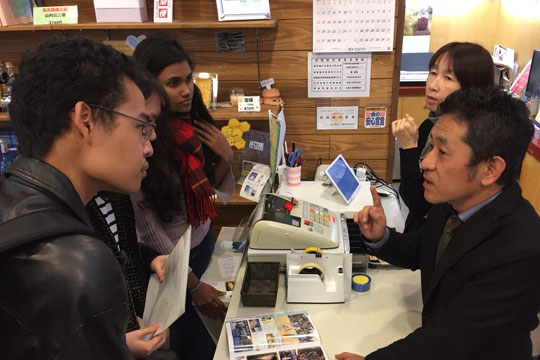 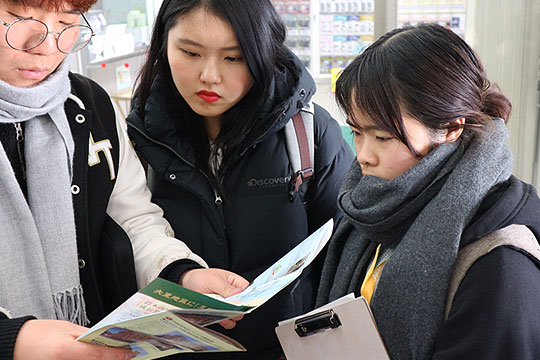 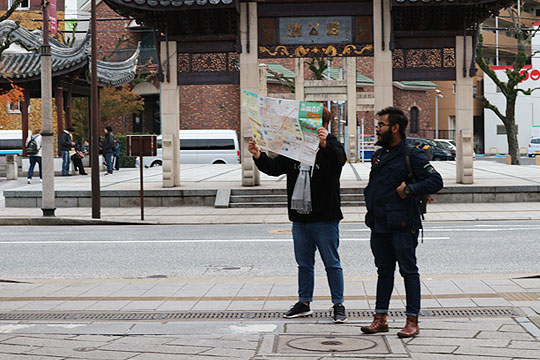 On December 12, students presented the results of their survey. Their survey questions, crafted during pre-program classes at APU, followed themes such as: the relationship between the local residents’ views on tourists and the expanding tourism industry in Kyushu, local dialects, matchmaking, how Japanese people spend their free time, finances, the interviewee’s ideal Japanese man, and the importance of academic achievement. FIRST is one of many field study programs that complement a variety of comprehensive study abroad opportunities available to APU students, both domestic and international. 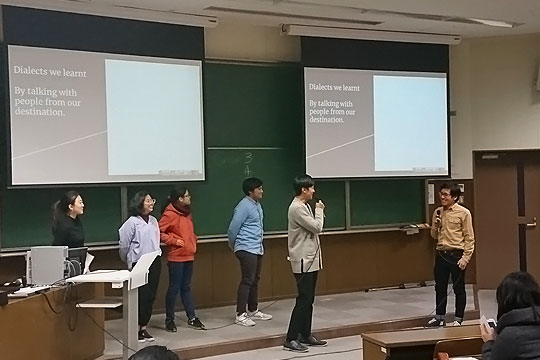 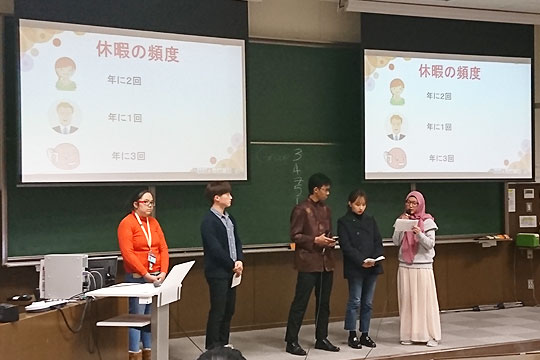 “This program is really great for new students like me because I now know how to achieve my dreams at APU.”
“I’m now more interested in travelling to the Japanese countryside because of the program so I can see more of Japan!”
“I learned many useful things that will help me in APU life and my experience of many interesting cultures in Kyushu.”
“I became confident in myself.”
“My stereotype of Japanese people changed during the field research and I found it quite interesting.”
“I can bravely voice my opinion, practice my Japanese, approach new people, and be more open to other people.”

※1 FIRST（Freshman Intercultural Relations Study Trip）
FIRST is a four-day, three-night program that offers first-year students the opportunity to spend the break between quarters*2 travelling to other parts of Japan or overseas and directly experience Asian culture and society by interacting with local people and conducting field research. The FIRST Program is held twice a year: once in another country for domestic students in the spring, and once in another part of Japan for international students in the fall.

※2 The quarter system
The APU academic calendar is divided into two semesters, and each semester consists of two quarters each lasting approximately eight weeks, and an intensive two-month session. Classes held during the quarters are offered twice a week and are completed in two months. This calendar structure ensures positive learning outcomes and encourages students to apply themselves to their studies. Breaks are held between quarters during which time classes are not held. APU offers several intensive study abroad opportunities that students can take advantage of during these quarter breaks.