The Ando Momofuku Award and the Ando Momofuku Honor Prize are among the most prestigious awards conferred to students enrolled at Ritsumeikan Asia Pacific University (APU). They were established by a generous endowment given by the late Momofuku Ando, the founder of Nissin Foods Holdings and recipient of an honorary doctorate from Ritsumeikan University. These awards provide support and encouragement via financial assistance to students expected to become future leaders in the Asia Pacific region. 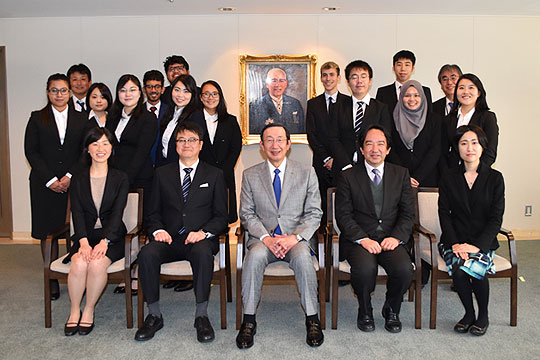 Award winners had the chance to meet Mr. Koki Ando and other executives of Nissin Foods Holdings.

The students met with President and Representative Director Koki Ando and other executives of Nissin Foods Holdings, expressing their gratitude for the scholarships and sharing their dreams for the future.

Mr. Ando informed the students about the history, philosophy, and objectives of Nissin Foods Holdings, the company that created the world’s first instant ramen. This development led to the invention of Cup Noodles and the changing of global food culture. Among many enterprises, Nissin Foods Holdings focuses on sales of Cup Noodles overseas, and Mr. Ando explained that understanding and adapting to cultural differences in various countries and regions is an important element when building a sales strategy. Mr. Ando ended his talk with some words of encouragement to the dynamic group of international and domestic students, wishing everyone success in their future endeavors.

The meeting was a valuable opportunity for scholarship recipients to cultivate new insights about social contribution on a global scale. 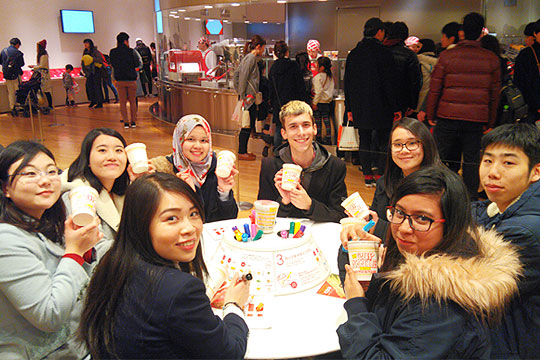 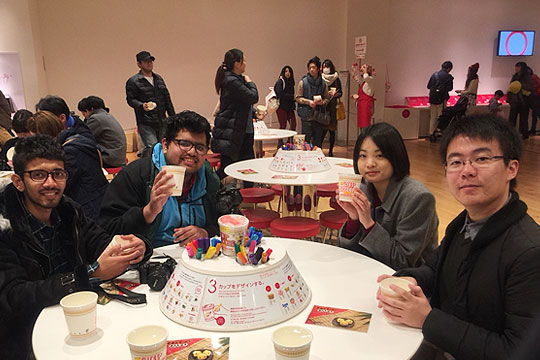 The scholarship recipients visited the Cup Noodles Museum in Yokohama, where they retraced the footsteps of Momofuku Ando, and took part in the handcrafted production of Cup Noodles and Chicken Ramen.

One scholarship winner had this to say about the visit:

“It was not only a great privilege, but an excellent opportunity for me to take another look at my life at APU. President Ando’s talk about the marketing strategy for Chicken Ramen and the case study in Brazil left a strong impression on me. We learned about analysis methods seen from different perspectives such as sales trends based on the food culture of different regions, and the quantity of hot water needed to pour into the cup ramen container. Going forward, I intend to approach my own life and studies more seriously, and dedicate myself to my endeavors while remembering the spirit of Mr. Ando.”

An overview of the scholarships and their recipients is presented below.

● Ando Momofuku Honor Prize
The Ando Momofuku Honor Prize is the most prestigious honor awarded to an undergraduate student enrolled at APU. This scholarship was established through the generosity of the late Ando Momofuku, founder of Nissin Food Products Co., ltd. and honorary doctor. The scholarship aims to support undergraduate students who are scheduled to graduate and who have a strong desire to contribute to the Asia Pacific region in their future careers. Each year one to two students are awarded this scholarship.