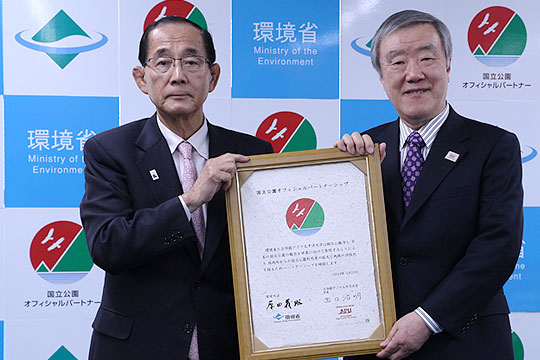 At the ceremony, Minister of the Environment Yoshiaki Harada welcomed attendees and was followed by remarks from the representatives of each partner institution as well as Yutaka Shoda, the Director of the Nature Conservation Bureau.

In his speech, President Deguchi said, “I am very honored that APU was selected as the first university to become a National Parks Official Partner. With international students coming from around the world and cooperative partnerships with the municipalities of Oita Prefecture, APU is both a global and a local university. I look forward to taking a global view of Japan’s national parks and issuing proposals by way of conducting research and disseminating information about the nearby Aso-Kuju National Park.” 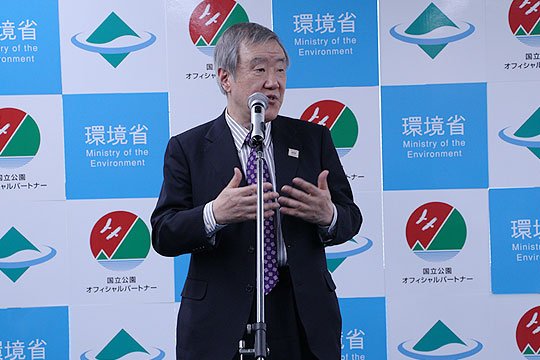 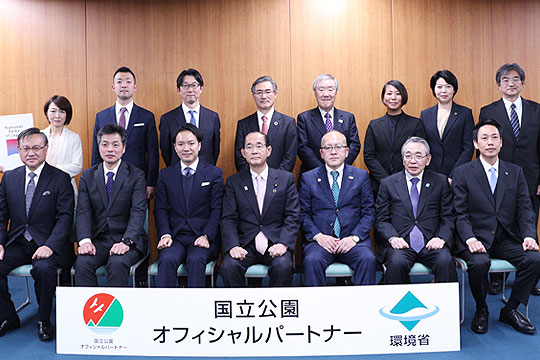 By signing this partnership agreement, APU hopes to create a model case for collaboration between the government and a university. Students and faculty will undertake the following initiatives in the Aso-Kuju National Park:

The National Parks Official Partner Program is a Ministry of the Environment initiative in which it partners with companies and other organizations to publicize to the world the scenic beauty of Japan’s national parks and increase the number of national park users from within Japan and abroad. It was established in November 2016 and includes 61 Official Partners.